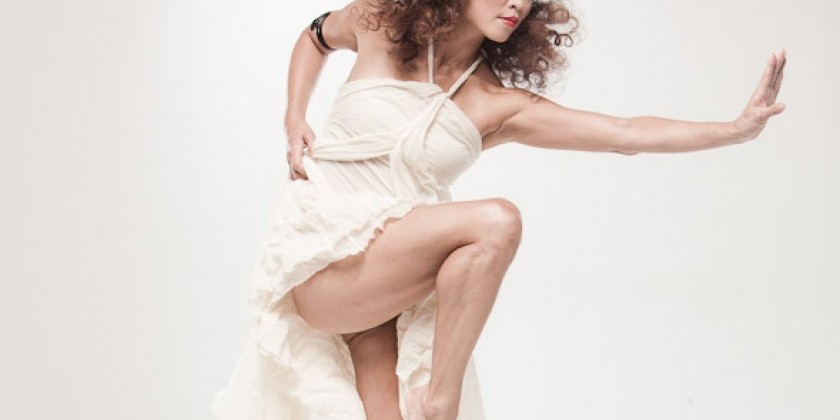 BIO:
Kristine Bendul is a performer, choreographer and master instructor based in New York City. As a performer Kristine has appeared in seven Broadway shows. Roger’s and Hammerstein’s Cinderella where she was the assistant choreographer and partnering consultant, two of Twyla Tharp’s shows Come Fly Away and Movin’ Out  (She was nominated for a Helen Hayes award as Outstanding Supporting Performer for her role in the 1st National Tour of Movin’ Out), Man Of La Mancha, Swing, On TheTown and The King And I. Her five Broadway productions in the prestigious City Center Encores series are Do I Hear A Waltz, On The Town, No Strings, Golden Boy and One Touch Of Venus. She has danced the Cyd Charisse role in two separate productions of Singin’ In the Rain, performed live at Lincoln Center in their televised production of Camelot and you may even recognize her from season 1 of NBC’s Smash and Baz Luhrman’s The Get Down. Other favorite TV credits of hers include being a guest performer on the David Letterman show and appearing on both the Tony’s and the Academy Awards.

Before Broadway, Kristine’s background in ballet began with Irine Fokine and then involved studying at the School of American Ballet, Boston Ballet and New Jersey Ballet where she rose to a demi soloist with the company and  was selected to tour internationally along side The New York City Ballet to Taiwan and Russia with Kozlov and Friends and Stars of the American Ballet respectively. Because of her technical background, she was reconnected to the dance concert world during her time on Broadway appearing as a principal dancer for Ron De Jesus Dance and MStuart Dance Theater. She has also performed with American Dance Machine in Susan Stroman’s “Simply Irresistible” from Contact and has been asked to continue as one of her dancers whenever the piece is requested.

Kristine is highly sought out for her partnering skills. Her technical background enabled her to dance a broad spectrum of styles and she became superbly adept in the world of partnering. She was the adage lead with AntiGravity and on Cunard cruise line for Jean Ann Ryan Productions. Kristine was trained in different styles of swing and latin as an original Broadway cast member of Swing. There she met Arte Phillips who introduced her to the world of hustle. She holds two 1st place titles in the ProCabaret division with the International Hustle and Salsa Congress, Liberty Swing and another 1st place with Hustle Your Game. She is currently dancing with Abdiel C Jacobsen as they embark on their professional journey in the hustle. They are invited as guest artists for the Canada Salsa & Bachata Congress in Toronto and they will be competing in Disco America this June in Philadelphia as well as leading workshops.

As an instructor, Kristine’s teaching resume is equally as diverse. Kristine just taught dance for the University of Michigan’s musical theater program at the end of last year. She has taught master workshops for Elon, Santa Clara and Oklahoma Universities.  Additionally she was a master dance teacher for both Iolani and Punahou private school of which former president Barack Obama is an alum. She has taught master partnering class at Broadway Dance Center, musical theater at American Ballet Theater’s summer program and has been one of the ballroom instructors on the Disney Magic not to mention her instruction at numerous other schools and workshops including Camp Broadway, Broadway Bound Kids’ Workshop, Broadway Workshop and Manhattan Dance Project.

It is such a gift for Kristine to be able to gift others with the knowledge, skills and passion she has acquired over her the course of her career. Her class draws on all of her past experience to offer story telling through technically based movement and also offering partnering that honors the world of the theater arts cabaret. She hopes to continue to inspire those around her and that includes herself for the quest of self improvement is never-ending.