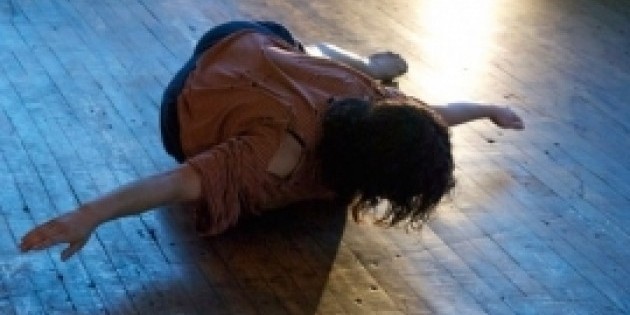 at The Chocolate Theater!

Hailed as an artist working “at the height of her powers” (New York Times), and recently nominated for a 2012 New York Dance and Performance Award “Bessie” for Twin Pines,Keely Garfield now sheds her recent over-the-top works, adopting a plainer approach, and a pared-down inventory. Embracing the optimism of empty space Garfield presents scenes polished to reveal their essential crystalline nature, and redefines herself for the time being.

The forgotten custom of telling bees when their beekeeper died, was believed to keep the bees from absconding or even dying, and encourage their affiliation with a new beekeeper. This tradition assumes a reciprocal relationship between animals and humans, between past, present and future, and between the lines of life and death.

"The Time Is Now!" proclaim hawkers of the end of the world theories urging us to pay attention to catastrophic signs all around us. But time itself is not a thing outside of anyone. We are time. The singular inhabitants of Telling The Bees do not move towards time in a strict chronological manner but rather, through the lens of performance, observe that time is enlivened and elastic, supraliminal and supramolecular. Is perpetuation a disappearing act or a reappearing one? The gods of time, the dry-eyed divider of moments Chronos and his more fluid brother Kairos, who knows Now as the gateway to eternity, vie for attention.

Perhaps sent by the gods to show us how to live in harmony and accord, bees are currently facing the greatest threat to their existence as Colony Collapse Disorder (CCD) decimates their broods. Since honeybees are the primary pollinators of many fruits, vegetables, flowers and plants, humans are also facing environmental and ethical challenges around the wide use of pesticides and the consequences of our disregard for the other life forms that we share this planet with. Telling The Bees forages links between the waggle and round dances of the honeybees, their timeless industrious, cooperative societies, the honeyed results of their toil and the sting of breakdown in our own organizing principles.