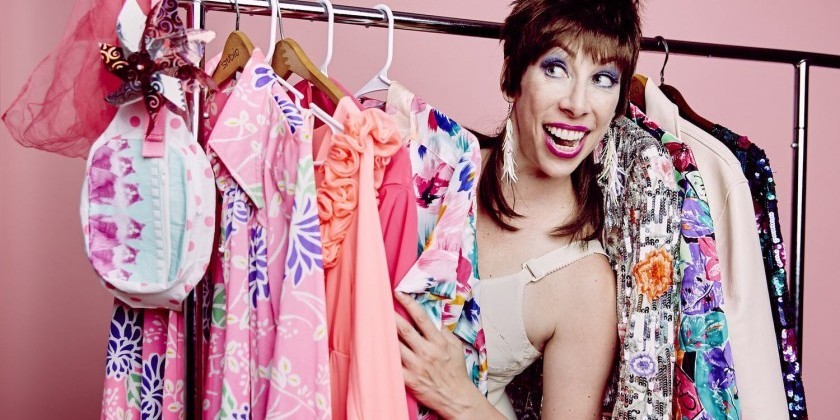 Kinesis Project's Board of Directors presents Kinesis Project's Annual Spring Gala in a virtual realm, honoring Jennifer Wright Cook and Yasemin Ozumerizfon, hosted by TruDee, with LIVE performances by Kinesis Project NYC and Seattle, on Friday, May 8, 2020 at 7:30pm EST. Tickets are available at https://www.kinesisproject.com/events/kpgala2020.

For a fun, sparkling, connected, staying home evening, join Kinesis Project in a private Zoom room from where-ever you are to enjoy a toast, watch performances, bid on fun and virtual offerings, and win a double thumbs up from Erin Courtney for your best Zoom Party Top.

A native of Istanbul, Yasemin Ozumerzifon, Director of Community Action at Gibney, enjoys her roles as an administrator, researcher, and facilitator. After beginning her dance and psychology training in her hometown, she attended Connecticut College on a four-year full-tuition scholarship. Combining her two passions, she completed an M.A. at Columbia University in Developmental Psychology, with a focus on creativity and human development. Her background in arts education, prior to joining Gibney in 2011, includes working at New 42nd Street's Education department, All Stars Project and Lyman Allyn Art Museum.

Yasemin has developed and conducted research projects such as a two-year study that investigates the Development of Children's Art Making and Comprehension of Art, a study that evaluates Guggenheim Museum's Learning Through Art program as well as administering data collection for Yale University's Emotional Literacy program.

As Director of Community Action at Gibney, Yasemin administers programs that use the arts to address gender-based violence including movement workshops for survivors; violence prevention assemblies & residencies that promote healthy relationships amongst young people; as well as ongoing trainings, workshops and resources locally, nationally and internationally that provide support for projects that are at the intersection of arts and social justice. In addition, she is working as a co-instigator for a two-year clinical trial to determine the effects of group-based dance and movement workshops on the physical and mental health of survivors of domestic violence.

The Field empowered Executive Director Jennifer Wright Cook, to cut her teeth twice. First, in 1996 when she was an exhausted dancer/waitress/personal trainer in need of a life change; and then again in 2006 when her full-time performance life was waning, and she was ready to test her leadership skills. Her current role as Executive Director is firmly grounded in these two experiences - that The Field can truly change someone's life. As Executive Director of this 34-year-old organization, Jennifer oversees The Field's mission delivery to 1,200 artists in NYC and beyond. She is deeply proud of The Field's commitment to individual artists, anti-racism in the arts, and its courageous and humble self-examination of its work and the sector - as evident in its publications like to fail and fail big, We Are No Longer Strangers and Beyond 26%. From that place in 2019, The Field launched an ambitious new Vision to support artists' full life resilience (thefieldvision.org). Jennifer's work has been recognized by the Wall Street Journal, WNYC Public Radio, and by participation on panels for the National Endowment for the Arts, emcArts, CUNY Prelude Festival and the former Dance Theater Workshop. Jennifer is Co-Chair of the  Board for New Yorkers for Arts and Culture and is active advocate for city funding. She is also a proud alum of Coro Leadership NY XXI. As a (now retired) dance/theater performer, Jennifer performed/created with the San Francisco-based Joe Goode Performance Group (1997-2005) and others. She has performed her own work in Madrid, New York, San Francisco and Portland, OR. She sings alto in a gospel choir and lives in Brooklyn with her partner and daughter.

TruDee is a formidable dance artist and storyteller as well as an award winning lip sync artist, ribboned competitive speed walking champion and holds the title as the youngest member of her church choir joining the ranks at the age of 11. An elusive genre straddler, TruDee has gone on to share her dance stories at Joe's Pub, American Dance Festival, Chicago Contemporary Circus Festival, and the beloved West Village drag bars Boots & Saddle and Stonewall Inn. SILO and Marble House Project and Djerassi Artist Residency have hosted her musings and creative exercises. She has created dances and led workshops in performance for Advanced Curation and the Borough of Manhattan Community College. You can follow her on instagram @yourstrudee

Melissa Riker is Artistic Director and Choreographer of Kinesis Project dance theatre. She is a New York City dancer and choreographer who emerged as a strong performance and creative voice as the NYC dance and circus worlds combined during the 90s. Riker's dances and aesthetic layer her training as a classical dancer, martial artist, theatre choreographer and aerial performer. She creates dances on site - and in context. Riker invents large-scale outdoor performances and spontaneous moments of dance for individuals and corporate clients. Audiences and critics have called Riker's work "a Marx Brothers' routine with soul," "A movable feast." And from The New York Times,her choreography is: "comically acrobatic, gracefully classical, visually arresting."

Since 2005, Kinesis Project's work has been experienced in San Francisco, San Diego, Seattle, Boston, Philadelphia, Vermont, Florida and in New York City at such venerable venues as Danspace Project, Judson Church, Joyce Soho, The Minskoff Theatre, The Cunningham Studio, West End Theatre and Dixon Place.  In 2019, the company's work was experienced in Seattle, Brooklyn, NY, Riverside Park, supported by New York City Parks, and in Snug Harbor Cultural Center on Staten Island. Kinesis Project dances have been outside in sculpture gardens, parks, universities and more since 2006 as well as hosting more than 30 surprise performances all over New York City and the tri-state area as an element of the company's earned income and outreach programming with volunteer populated flashmobs. Residencies include: Earthdance 2006, Omi International Arts Center 2008, Kaatsbaan International Dance Center 2011, TheaterLab 2014, Adelphi University 2014. Ms. Riker is a 2016, 2017 and 2019 CUNY Dance Initiative Residency Fellow, 2015 LMCC Community Arts Fund grantee, 2019 Upper Manhattan Empowerment Zone Grantee. She has been commissioned by The Brooklyn Botanic Garden for a surprise large-scale work and performances of her work Secrets and Seawalls at Omi International Arts Center, Long House Reserve, Gateway National Park in partnership with Rockaways Artist Alliance. Ms. Riker has received commissions from Carson Fox and the Ephemeral Festival in 2013, 2014, 2015 and 2016 for large-scale outdoor events, NYU in 1998, for an outdoor work long before "flash mob" was coined, 2006 and 2008 grants from the Puffin Foundation for her work Community Movements, a dance work with community volunteers, Fellowships from the Dodge Foundation, Space Grant Residencies from 92nd St Y, The New 42nd St Studio, Gibney Dance Center, and The Joyce Theatre Foundation, and grants from The Bowick Family Trust and John C. Robinson to support the continued work of Kinesis Project dance theatre.