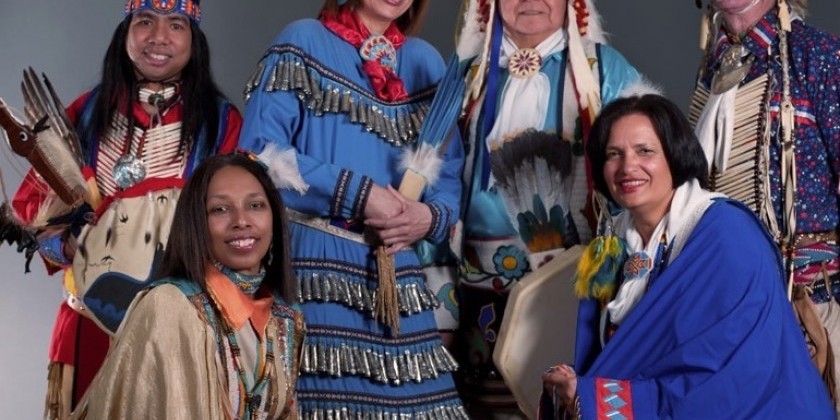 Theater for the New City

Company:
Theater for the New City

Theater for the New City’s

Theater for the New City’s annual LOVE N’ COURAGE Gala – which benefits the company’s ever-important program that supports emerging playwrights – will be held early next year on Monday, February 25 at 6 pm at the Players (16 Gramercy Park South) in New York City, it has been announced by TNC’s Executive Director Crystal Field.

As it does each year, this 16th annual bash will honor two distinguished individuals for their contributions to the life and culture of New York City, with a special emphasis on the Lower East Side, where Theater for the New City has withstood the test of time and gentrification. Theater for the New City enters the new year with joy having recently paid off its mortgage on its 4 theater complex at 155 First Ave. (10th St.), and installation of the much anticipated, The Gerald Rupp Wheelchair Accessible Elevator, last spring.

So this year, for the first time, TNC will honor long time supporter and dear friend of Theater for the New City, Gerald Rupp. TNC will also recognize the accomplishments of Louis Mofsie, Founding Director of Thunderbird American Indian Dancers, and also a founding member of the American Indian Community House. His father is from the Hopi tribe of Arizona and his mother is from the Winnebago tribe of Nebraska.

Under Mofsie’s direction, The Thunderbird American Indian Dance Co. have performed at most of the museums in the metropolitan New York City area as well gone on tour in Israel, Japan, and Canada. Mr. Mofsie has choreographed pieces for the Lincoln Center Repertory Co., Mercer Arts Center and La MaMa theaters. He has taught art for 35 years with the East Meadow School District and taught Native American crafts at Southampton University.  He has illustrated three children’s books including “American Indian Folktales “ by Dee Brown.

Recognition for his work, has garnered Mr. Mofsie many distinguished awards which include: NYC Indian of the Year, Ethnic New Yorker Award, NYC Peoples Hall of Fame, Ellis Island Medal of Honor and Lifetime Achievement Award from the American Dance Guild.

According to TNC’s Executive Director Crystal Field, “Theater for the New City gives special thanks to the Christopher & Dana Reeve Foundation for its Quality of Life Grant in support of our Handi-lift Elevator. Gerald Rupp, an Honored Patron helped to finalize the funding for the accessible elevator. His donation came at a crucial juncture, when a huge change order demanded funding, over and above the original estimate. Gerald Rupp came through for TNC, in a big way! Gerald Rupp is our beloved Patron of the Year. They have both helped greatly in the match for the grant from the New York State Council on the Arts (NYSCA). This Elevator gives disabled and frail elderly patrons and artists accessibility to our lower level theater and to a large part of our production facilities.”

THEATER FOR THE NEW CITY – Now in its 46th year, is a unique Cultural Institution that has earned a nationwide reputation for its dedication to nurturing established and emerging playwrights who experiment with new forms and to presenting other experimental and developmental theaters with a very active program of Community Art Services and Festivals which continue to expand theater accessibility.

LOVE N’ COURAGE will be hosted by Phoebe Legere & Matt Morillo. Mary Tierney is Chairperson for the event.