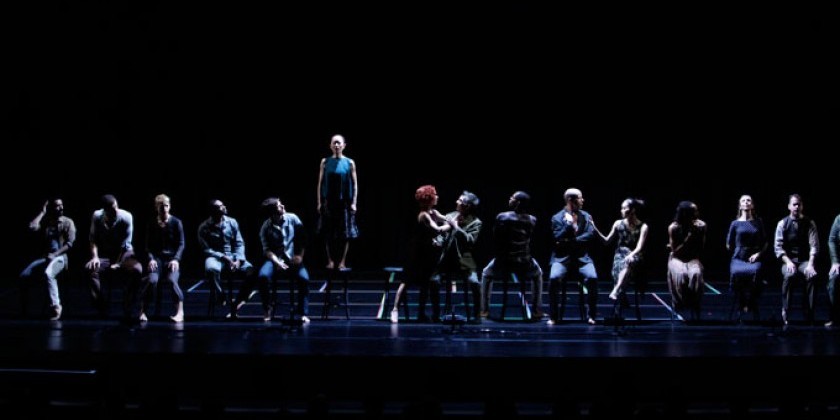 A Rite (2013) represents an intriguing and powerful collaboration between two leading American directors and their companies. Coinciding with the 100th anniversary of the premiere of Igor Stravinsky’s The Rite of Spring, the Bill T. Jones/Arnie Zane Dance Company and SITI Company combine forces to explore the impact of this revolutionary piece of music, imagining the consequence of hearing the score played for the very first time. A Rite utilizes the social-historical context of the score as a point of departure, reflecting on the human condition-sacrifice, creative and spiritual death, and the individual against or with the community. Called “a serious, intricate, multidirectional centennial tribute to a work of art whose spell it deepens” (The New York Times) A Rite was commissioned by Carolina Performing Arts at The University of North Carolina at Chapel Hill with additional commissioning support provided by the Richard B. Fisher Center for the Performing Arts at Bard College.