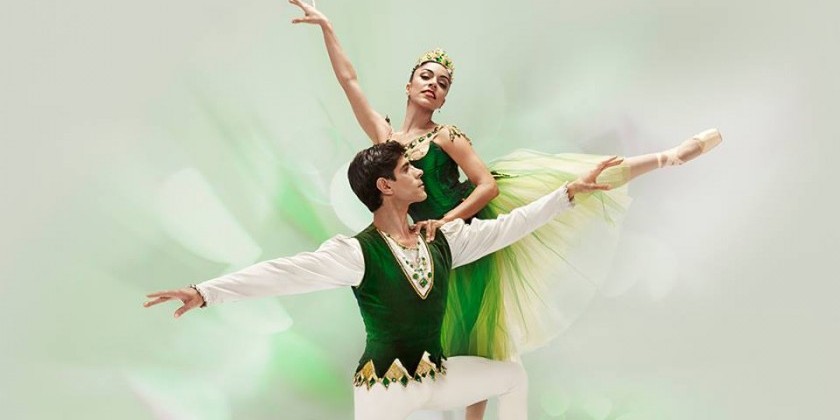 A glittering 50th Anniversary celebration of George Balanchine’s Jewels will open Miami City Ballet’s 2017-18 season on October 20, 2017, and will mark the first time the company has performed Balanchine’s full-evening masterpiece in a decade. Jewels will be performed to live music by MCB’s Opus One Orchestra, conducted by Gary Sheldon.

Balanchine's choreography for Jewels is inspired by precious gems - emeralds, rubies, and diamonds. Premiering in 1967, each of its three parts showcases different music and international styles of ballet: “Emeralds,” with music by Fauré, evokes the dreamy romanticism of French ballet and is Balanchine at his most romantic and lyrical; “Rubies,” set to music by Stravinsky, conjures the vibrancy, wit and exuberance of the American Jazz Age; and “Diamonds,” with music by Tchaikovsky, reflects the classic grandeur of 19th-century Russian ballet at its imperial height.

Miami City Ballet, now in its 32nd season, has been led by Artistic Director Lourdes Lopez since 2012.  Lopez was recently named one of “The Most Influential People in Dance Today” by Dance Magazine.  MCB was founded in 1985 by Miami philanthropist Toby Lerner Ansin and Founding Artistic Director Edward Villella. The Company has 52 dancers and a repertoire of more than 100 ballets. MCB performs for nearly 100,000 patrons annually during its South Florida home season in Miami, Fort Lauderdale, West Palm Beach and Naples, and tours to top theaters domestically and internationally.