Major new appointments at Pentacle and and a move downtown‏ 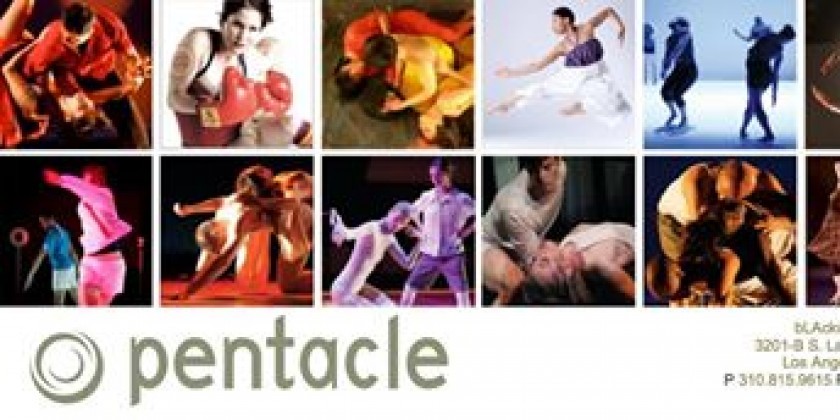 Pentacle, a premier arts management support organization since its founding in 1976, announces the appointment of...

** FELICIA ROSENFELD as Director, a position she will share with Director Mara Greenberg, and
** HAROLD NORRIS as Director of Booking & Artist Representation

FELICIA ROSENFELD received a BA from Swarthmore College and JD from Fordham University School of Law.  She joined Pentacle for a 3-year period, 1983-86, and returned in 2002 as Director of Educational Programming.   In 2006, Felicia opened Pentacle's office in Los Angeles and became Pentacle's Director of Programming for the entire organization in 2012.  She has served as a panelist for the Los Angeles Department of Cultural Affairs, the LA County Arts Commission, and the NYC Department of Education Committee for Blueprint in the Arts.   Felicia sits on the Board of Trustees of Dance/USA (for which she chairs the Committee on Diversity, Equity and Inclusion); the Board of Directors of Dance Resource Center, and the Advisory Board of Show Box LA.   She also serves on the Board of Directors of Koreatown Youth and Community Center.

As part of Pentacle's evolution to better serve the dance and theater communities, Felicia will remain based in Los Angeles, continuing to oversee Pentacle's programming and operations in California, while working with Mara Greenberg to guide and grow Pentacle as a cohesive organization regardless of geographic presence.

HAROLD NORRIS joins Pentacle as Director of Booking & Artist Representation, one of the core services essential to realizing the organization’s mission of empowering artists and bring cutting-edge dance to a worldwide audience.  Harold will oversee the vision of Pentacle's rosters, the workings of the department, and will work with Pentacle senior staff on related programming.
Harold comes to Pentacle as a leader in the dance field.  His expertise in booking and touring the performing arts spans more than 25 years. He serves on the New York Dance and Performance Awards (Bessies) committee, the Musica Viva NYC board of directors, and the Western Arts Alliance conference committee.  He has served on the boards of Dance/USA, Western Arts Alliance, NAPAMA, and Dance NYC and the conference committee of APAP.   He founded H-Art Management in 2002 as a full-service agency for touring performing arts companies in the U.S. and abroad.  Among the luminaries on the roster of H-Art Management were the 50-State 50th-Anniversary tour of the Paul Taylor Dance Company/Taylor 2, Batsheva Dance Company, Garth Fagan Dance Company, Stephen Petronio Company, Shen Wei Dance Arts, SITI Company, Ilkhom Theatre from Uzbekistan, Rennie Harris Puremovement, David Dorfman Dance, Rubberbandance Group, and many more.
Pentacle’s Board of Directors is excited by Felicia Rosenfeld’s new role within the organization and Harold Norris’ joining the senior staff.  As Pentacle moves toward its 40th anniversary, we are heartened that it will be guided by such a stellar management team with a clear and creative vision for the organization’s future.

PENTACLE is a not-for-profit management support organization for small and mid-sized companies and project-based artists working in dance and theater.   Pentacle's mission is to provide these communities with flexible and affordable infrastructure support in a sustained way, on an expert level, and at an affordable price.   Since 1976, Pentacle has served as a model for arts administration, a direct resource to the groups and artists with whom we work, and a facilitator to the performing arts community with innovative programs of local and national impact.   Pentacle is unique in providing infrastructure support directly to dance and theater groups and artists, grounding their services and programming in the creative work of each artist/group, and responding and adapting to the ever-changing needs of the community so that artists have more time to create, perform and engage with the world.