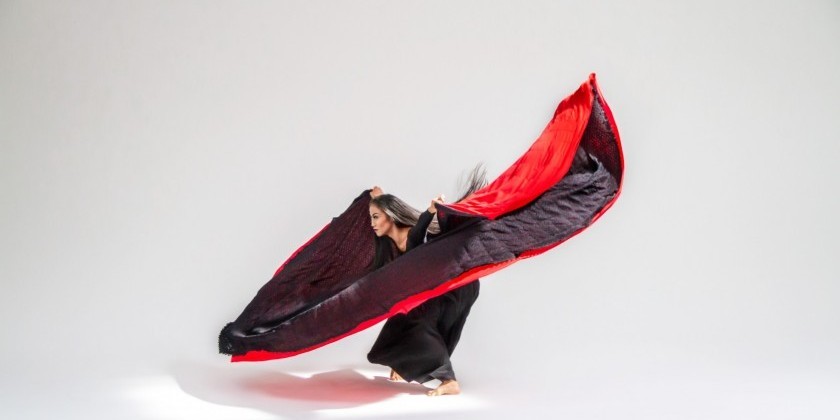 New York, NY, February 20, 2019 – The Martha Graham Dance Company will host two special events as it presents The EVE Project as part of its Joyce Theater season, April 2–14, 2019. The EVE Project celebrates the power of women and the upcoming 100th anniversary of the 19th Amendment. It honors not only the progress of women in the last 100 years, but also provides entrée into some of today’s most pressing conversations about gender and power.

On Saturday, April 6, the Martha Graham Dance Company will host an event to benefit the Estée Lauder Breast Cancer Research Foundation (BCRF) and help raise awareness of and fight against breast cancer. The Pink Ribbon Program includes a performance by the Company featuring Pam Tanowitz’s Untitled (Souvenir) alongside Martha Graham masterworks Chronicle, Errand into the Maze, and Secular Games (Part 1). Performance at 8pm followed by a reception with the dancers. A portion of admissions from the Pink Ribbon Program will benefit the BCRF. Tickets are $200 and can be purchased by calling: 212-229-9200 x 25.

The Breast Cancer Research Foundation (BCRF), founded by Evelyn H. Lauder in 1993, is dedicated to bringing an end to breast cancer by advancing the world's most promising research. BCRF-funded investigators have been deeply involved in every major breakthrough in breast cancer prevention, diagnosis, treatment, and survivorship. This year, BCRF has awarded $63 million in grants to support the work of 300 scientists at leading medical and academic institutions across 14 countries, making BCRF the largest private funder of breast cancer research worldwide. BCRF is also the highest rated breast cancer organization in the U.S. Visit www.bcrf.org to learn more.

The Women’s Leadership Night on Saturday, April 13, at 8pm, will feature Martha Graham’s Chronicle and Errand into the Maze, as well as Pam Tanowitz’s Untitled (Souvenir). The evening will include a post-show chat celebrating the women leaders and learnings from Women CEOs Speak – a landmark study by Korn Ferry and The Rockefeller Foundation on focused strategies for the next generation of female executives and how companies can pave the road. For more information about the study, go to: https://engage.kornferry.com/womenceosspeak

The Martha Graham Dance Company has been a leader in the development of contemporary dance since its founding in 1926. Today, the Company is embracing a new programming vision that showcases masterpieces by Graham alongside newly commissioned works by contemporary artists. With programs that unite the work of choreographers across time within a rich historical and thematic narrative, the Company is actively working to create new platforms for contemporary dance and multiple points of access for audiences.

Since its inception, the Martha Graham Dance Company has received international acclaim from audiences in more than 50 countries throughout North and South America, Europe, Africa, Asia, and the Middle East. The Company has performed at the Metropolitan Opera, Carnegie Hall, the Paris Opera House, Covent Garden, and the John F. Kennedy Center for the Performing Arts, as well as at the base of the Great Pyramids in Egypt and in the ancient Herod Atticus Theatre on the Acropolis in Athens. In addition, the Company has also produced several award-winning films broadcast on PBS and around the world.