Mettawee River Theatre Company celebrates "OUT OF THE PAST: Celebrating 40 Years of the Mettawee Journey" 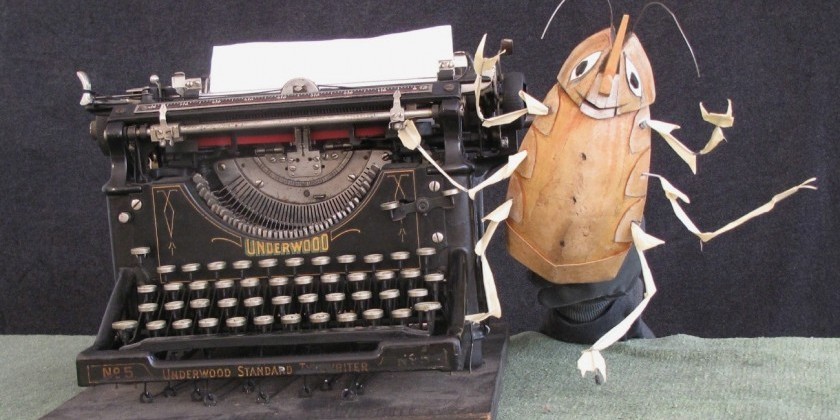 Outdoor Garden at the Cathedral of St. John the Divine

Image:
Archie the Cockroach from Ralph Lee's "Communications
From A Cockroach" based on Archie & Mehitabel
"i do not see why men
should be so proud
insects have the more
ancient lineage
according to the scientists
insects were insects
when man was only
a burbling whatsit"
(Archie)

RALPH LEE'S METTAWEE RIVER THEATRE COMPANY
presents
"OUT OF THE PAST: Celebrating 40 Years of the Mettawee Journey"
A feast of scenes from past presentations with Mettawee's signature masks, puppets and giant figures

Renowned puppet and mask maker Ralph Lee will present his Mettawee River Theatre Company in "OUT OF THE PAST: Celebrating 40 Years of the Mettawee Journey," a feast of excerpts from four decades of Mettawee productions, September 11, 12 & 13 at 7:30 PM in the lovely Outdoor Garden at the Cathedral of St. John the Divine, 111th Street & Amsterdam.   Music is by Neal Kirkwood, who has composed scores for Mettawee since 2001, and will be performed by the multi-talented Ed RosenBerg on alto and bass saxophone, hammered dulcimer, accordion and any number of rattles, bells and drums.  Chairs are provided, and audience members are also invited to bring blankets for seating closer to the stage area.

According to Ralph Lee: "These headstrong characters have been clamoring to be let out of their boxes for another fling in front of their fans, so I finally decided to let them have their way.  Here goes!   I take no responsibility for their behavior."


...and more, all featuring an abundance of Ralph Lee's remarkable masks, puppets and giant figures.

About Ralph Lee
A native of Middlebury, Vermont, Lee graduated from Amherst College in 1957 and studied dance and theater in Europe for two years on a Fulbright Scholarship.  After returning to the U.S., he acted in Broadway and off-Broadway shows, and during that period started creating masks, unusual props, larger-than-life figures, and puppets for theater and dance companies, including the NY Shakespeare Festival, the Living Theatre, Lincoln Center Repertory Theatre, the Metropolitan Opera, and Saturday Night Live (that naughty "land shark").

In 1974 Lee organized the first Greenwich Village Halloween Parade, which he directed through 1985 and for which he received a 1975 Village Voice OBIE Award, a 1985 Citation from the Municipal Arts Society, and induction in 1993 into the City Lore People's Hall of Fame.

Mettawee Theatre Company, under the collaborative leadership of Artistic Director Lee and Managing Director Casey Compton, was founded in 1975 to create original theater productions that incorporate masks, giant figures, puppets and other visual elements with live music, movement and text.  Most shows draw on myths, legends and folklore of the world's many cultures.

Honors for Lee's productions include two American Theatre Wing Design Awards (in 1992 and 1995); a second Village Voice OBIE Award in 1991; two Citations for Excellence from UNIMA, the international puppetry organization; a 1996 Bessie Award for "sustained achievement as a mask maker and theatre designer without equal;" a 1996 NYS Governor's Arts Award in recognition of his many contributions to the artistic and cultural life of New York State.  In 2003, he received a Guggenheim Fellowship, one of the nation's most prestigious honors, and in 2008 Lee served as the Jim Henson Artist-in-Residence at the U of Maryland/College Park.   He is currently on the faculty of New York University.