Michael Jackson Was Innocent and I Didn’t Kill Jonbenet Ramsey... But I Was There the Night She Died 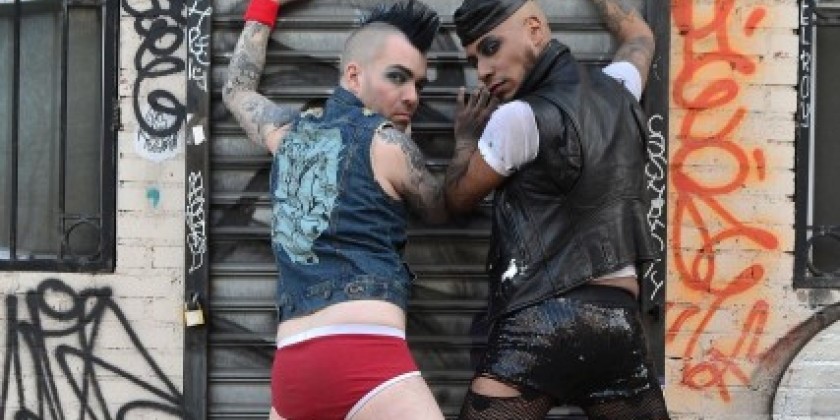 In Michael Jackson Was Innocent and I Didn’t Kill Jonbenet Ramsey… But I Was There the Night She Died, award-winning queer performance artist Michael Cross Burke, known for his ‘unflinching honesty’ uses found & original text to tell the story of corruption, wealth and tabloids told from the eyes of a 12-year old boy. Juxtapozed with Burke’s obsessive research on the Jonbenet Ramsey case and his escape from porn and prostitution, this oddly humorous and eccentric journey digs its teeth deep into the U.S. Court System and celebrity culture by fully exposing the intricacies of greed and deceit (and the front of his own body.)

Gian Franco Morini was born on October 23, 1984, in Bologna, Italy. He is a music video and film director, editor and writer. He attended Collegio San Luigi in Bologna, where he obtained a scientific high school degree.

He later graduated in Communication & Marketing in June 2006 at L.UN.A. (Libera Universita’ delle Arti), after a 3 year course. At that point he was asked by his mentor Barbara Nerozzi to join the university’s research team: C.R.L. (Centro Ricerche Luna). He started working on all the projects they were involved in, as the “Portale Moda Italiano”, in collaboration with Comune di Milano and Camera Nazionale della Moda Italiana (in English: “The National Chamber for Italian Fashion”), an association which co-ordinates and promotes the development of Italian fashion and is responsible for hosting the fashion events and shows of Milan Fashion Week (in Italian: “Settimana della Moda”).

The Portale Moda Italiano (“Portal for Italian Fashion”) is a project that aims to recover the cultural heritage of Italian fashion. Built on digital databases, digitized magazines and collections coming from both private and public museums, the Portal has already made 10 million documents, 1500 sources and 5000 archives available. The Portal is divided into three different sections: the “Historical Network” (with sources and documents), a “Real Time Network” (containing all the lists of contemporary fashion professionals) and a “Trend Network” (that makes possible the analysis of the international trends found on the web).

In September 2007, in order to focus on his directing career, he decided to move to New York City.

He obtained a 2 Year Filmmaking degree at New York Film Academy. During this period of time he shot more than a dozen music videos and three short movies, winning several awards. He collaborated with fashion photographer Diana Scheunemann on her first feature film.

Since August 2012 works for 50 Cent’s G-Unit Records. He did video project for the New York Times, ASPCA and PVH.