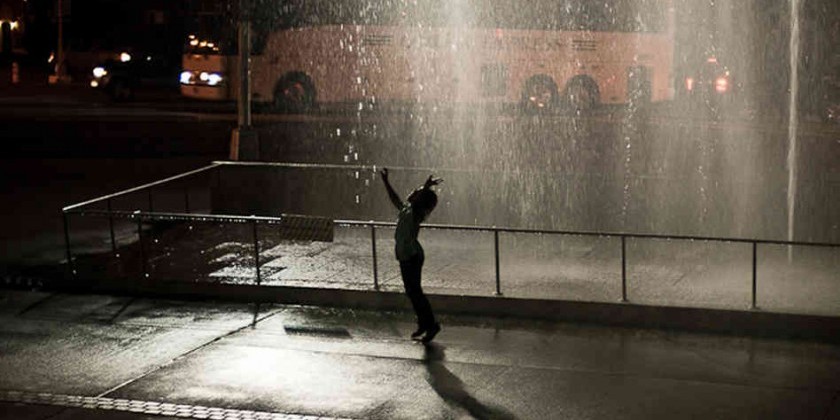 and Continuing Through the Spring

Spanning the course of three months, Open Spectrum encourages audiences and invited panelists to engage in critical discussions pertinent to the present moment. Bringing together Live Arts’ creative community to responsibly voice opinions, raise questions and share resources, we invite artists, educators, scholars, curators and activists to join us for timely and integral conversations. In addition to the live dialogue sessions, a related series of twitter chats will ignite the discussions in the digital realm. All sessions will be moderated by Piper Anderson, who will also be an active and integral participant of the twitter chats.

Open Spectrum Critical Dialogues will launch on February 22nd at 5pm, with Artist as Activist: Futuring the Face of Protest. This talk will pose the following questions: How do we push the social justice movement past reactive to proactive strategic planning? What are some actionable steps we can take to create effective change within our local communities? What can artists and cultural institutions do in the midst of civil unrest? Panelists will include Syreeta McFadden (Poet, Editor of Union Station Magazine), Jenny Koons (Artists 4 Change NYC) and George Sanchez (Hemisphere Institute Emerge NYC). Open Spectrum twitter chats—the digital component for these talks—will take place from 1-2pm on February 18, March 18 and April 22. The public is invited to participate in the twitter chats by tweeting their questions and comments with the hashtag “#OpenSpectrumNYC.”

Details regarding subsequent discussions will be released in the coming months. Open Spectrum Critical Dialogues is organized by the Department of Education & Engagement Programs at New York Live Arts.

Artist as Activist: Futuring the Face of Protest

Piper Anderson is writer, educator and Chief Creative Strategist at Create Forward, a consultancy specializing in cultivating creative strategies for social change sourced from our collective radical imagination. She founded Create Forward after 15 years cultivating her creative practice devising local and national initiatives to creatively engage communities in response to structural inequalities. Much of her work has focused on the mass criminalization of people of color and since 2002 she’s worked in detention facilities and community organizations in over 26 cities generating dialogue and action on the impact of mass incarceration on communities of color. As a performance artist, she’s written and toured three solo performance works and was a company member with The American Place Theatre’s Literature to Life program. She teaches courses on the intersections of the arts, community development and social change at NYU, The New School and CUNY’s graduate program in Applied Theatre.

New York Live Arts is an internationally recognized destination for innovative movement-based artistry offering audiences access to art and artists notable for their conceptual rigor, formal experimentation and active engagement with the social, political and cultural currents of our times. At the center of this identity is Bill T. Jones, Artistic Director, a world-renowned choreographer, dancer, theater director and writer.

We commission, produce and present performances in our 20,000 square foot home, which includes a 184-seat theater and two 1,200 square foot studios that can be combined into one large studio. New York Live Arts serves as home base for the Bill T. Jones/Arnie Zane Dance Company, provides an extensive range of participatory programs for adults and young people and supports the continuing professional development of artists.