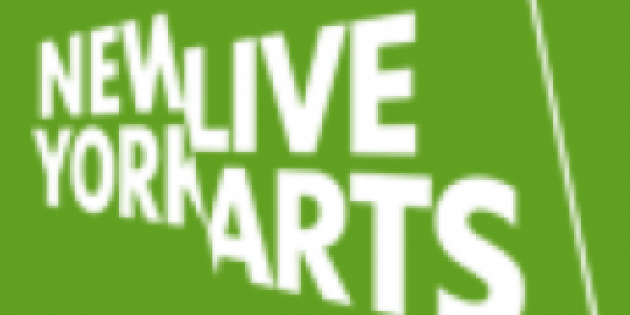 The spring 2013 Lobby TALKS series kicks of May 14 at 7:30pm with Curating Performance: The New Wave. With a panel of young curators featuring Lydia Bell, Travis Chamberlain, Christopher Lew and Lana Wilson, the discussion will explore the role of live performances in diverse contexts, from historical sites and theaters, to museums and biennials. The series continues with Identity Matters: Persona and Politics on May 21 at 7:30pm. Featuring Ishmael Houston-Jones, iele paloumpis, Katy Pyle, Larissa Velez-Jackson and Eva Yaa Asantewaa, this talk will concentrate on contemporary identity politics and issues that shape perceptions of persona and embodiment. Closing the series will be Feedback: Say it, Mean it, with Megan Byrne, Nicole Daunic, Andy Horwitz and Dean Moss on May 28 at 7:30pm. In this final talk, questions surrounding review-based qualifying systems and forms of feedback will be probed.

Originally created by Dance Theater Workshop, Lobby TALKS create a forum for open and in-depth discourse on contemporary issues in dance and performance. Conceptual themes are investigated, challenged and considered by an invited group of artists, curators, scholars and critics. Discussions are open to all who would like to participate.

Feedback: Say it, Mean it

New York Live Arts is an internationally recognized destination for innovative movement-based artistry offering audiences access to art and artists notable for their conceptual rigor, formal experimentation and active engagement with the social, political and cultural currents of our times. At the center of this identity is Bill T. Jones, Executive Artistic Director, a world-renowned choreographer, dancer, theater director and writer.

We commission, produce and present performances in our 20,000 square foot home, which includes a 184-seat theater and two 1,200 square foot studios that can be combined into one large studio. New York Live Arts serves as home base for the Bill T. Jones/Arnie Zane Dance Company, provides an extensive range of participatory programs for adults and young people and supports the continuing professional development of artists. Our influence extends beyond NYC through our international cultural exchange program that currently places artists in Eastern Europe, the Middle East and Africa.