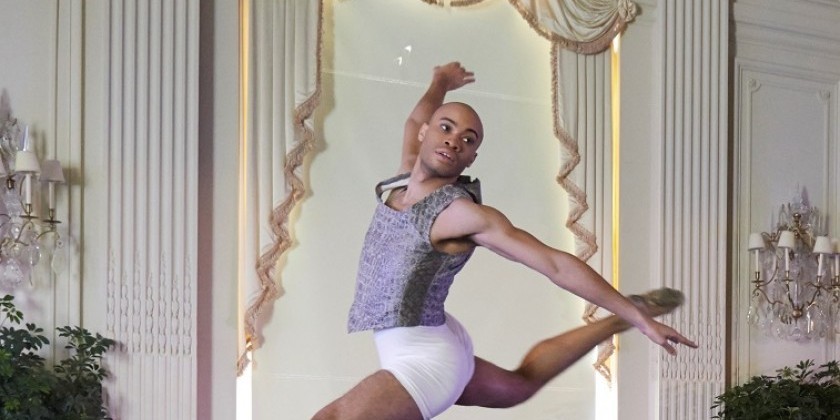 Island Moving Co., Newport’s contemporary ballet company, opens its 34th season with an Opening Weekend at Newport’s most romantic mansion, Rosecliff, February 26, 27 & 28, 2016.  The Company restages its popular ballet for the very young, Mother Goose, at four matinees; and presents two evenings of new ballets in A Collection of Attitudes 2016 to celebrate the Company’s 34th Season. Rosecliff is at 548 Bellevue Avenue in Newport, RI.  Tickets can be found at www.islandmovingco.org.

The Company presents A Collection of Attitudes at 7:00pm on Friday, February 26th and on Saturday, February 27th.  Artistic Director Miki Ohlsen will present the premiere of See, Here, Speak, a new work by Florida choreographer Jerry Opdenaker.  Company member Shane Farrell and choreographer Danielle Genest will present new and restaged works and the dancers will perform two of Miki Ohlsen’s works, Ruth…less and the full company A Tesselation of Beauty and Light, which premiered at Rosecliff in 2014. Tickets to the Saturday night “A Collection of Attitudes,” include a champagne toast and a catered intermission, start at $50, with sponsorship levels available.

For the younger set, Island Moving Co. presents Mother Goose at Rosecliff, a lively retelling of the familiar nursery rhymes using movement and live music.  Audience members will be led by the effervescent Mother Goose herself through the spectacular rooms of Rosecliff for an interactive and entertaining performance event for children as young as three.  IMC dancers will perform Humpty Dumpty, Jack and Jill, Little Miss Muffett and more.  The Company is joined by minstrel accompanist Alicia Ruggiero with Newport actress and educator Lisa Reimer directing the action and reciting the familiar rhymes as Mother Goose. Would you like the chance to dance with The Old Woman from France? That and more could happen to you at Mother Goose at Rosecliff.  Performances are 4pm on Friday, February 26th; 3pm on Saturday February 27th; 1pm & 3pm on February 28th. Tickets are $25 for adults and $15 for children and are available on the Island Moving Co. site as well as at www.newportmansions.org.