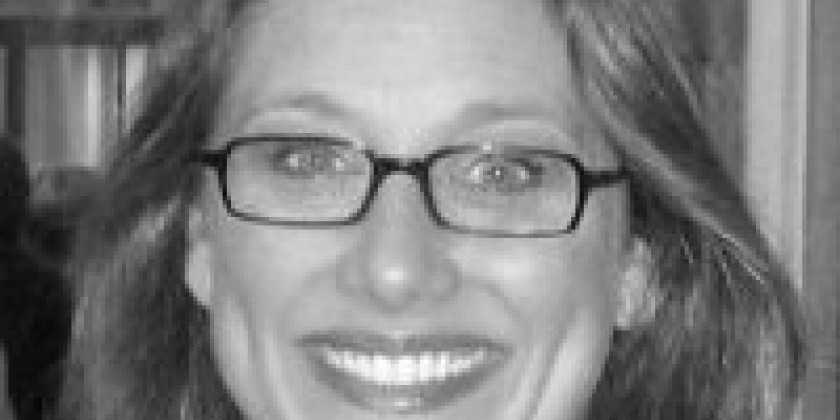 NEW BRUNSWICK and PRINCETON, NJ – American Repertory Ballet has named Vanessa Logan as its new Executive Director. Logan joins ARB from Boston Ballet, where she most recently served as Chief of Staff.

“During the past 5 years Vanessa has made tremendous contributions to Boston Ballet,” says Artistic Director Mikko Nissinen. “She has been a dedicated team player with a true commitment to the organization and to the art form. We wish her great success as she moves on to this exciting new role.”

Boston Ballet’s internationally acclaimed performances of classical, neo-classical, and contemporary ballets, combined with a dedication to world class dance education and community outreach programs have made the institution a leader in its field. Logan played a major role in the organization’s monumental season celebrating a 50 year history of promoting excellence and access to dance. Her efforts included spearheading “Night of Stars” on Boston Common, the free outdoor performance that drew a record 55,000 audience members to a one-night dance event.

Prior to joining Boston Ballet, Logan was Director of Education and Community Initiatives for the Palace Theater in Waterbury, CT. Before that, she was Administrative Director at the Connecticut Dance Theatre, in Watertown. She has also worked as a teaching artist for the CT Commission on Culture and Tourism. Logan studied dance at Juilliard before receiving her degree in dance movement therapy from Goucher College.

“We consider ourselves genuinely fortunate to have someone of Vanessa's exceptional ability lead our team,” says Patrick Bradley, Chair of American Repertory Ballet’s Board of Trustees. “We are confident that Vanessa’s skill and energy, along with our incredible artistic leadership, will bring ARB to new levels of accomplishment and success.”

American Repertory Ballet is the preeminent professional classical and contemporary ballet company in the state. Princeton Ballet School, the official school of American Repertory Ballet, is one of the largest and most respected non-profit dance schools in the nation and hosts ARB’s Trainee program. ARB’s Access & Enrichment initiatives include the long-running and acclaimed DANCE POWER program, lecture demonstrations, and more.

“I am excited to join the Board in leading this inspiring non-profit organization dedicated to quality dance performance, education and access”, said Logan.  “I look forward to partnering with Artistic Director Douglas Martin, School Director Mary Pat Robertson and the committed team at American Repertory Ballet in creating a new phase in this institution’s rich history.”

Not to be Missed
Princeton Ballet School’s acclaimed Summer Intensive program will present its culminating performance, An Evening of Dance, on July 25, 2014 at 6:30pm at the Berlind Theatre in Princeton.

For more information on tickets or the company season, please visit www.arballet.org or call 732-249-1254

American Repertory Ballet’s mission is to bring the joy, beauty, artistry and discipline of classical and contemporary dance to New Jersey and nationwide audiences and to dance students through artistic and educational programs. The organization comprises: American Repertory Ballet, the preeminent professional classical and contemporary ballet company in the state; Princeton Ballet School, one of the largest and most respected non-profit dance schools in the nation; and ARB’s Access & Enrichment initiatives, including the long-running and acclaimed DANCE POWER program. The performing company is a classical and contemporary ballet company committed to presenting ballets from the 19th and 20th centuries alongside new and existing works by choreographers from today. Founded in 1963, the company is currently under the artistic leadership of Douglas Martin, former principal dancer with the Joffrey Ballet. Its rich history of repertory includes established masterpieces by distinguished American choreographers such as George Balanchine, Gerald Arpino, Alvin Ailey, Paul Taylor and Twyla Tharp; cutting edge works by choreographers such as Val Caniparoli, Kirk Peterson, Dominique Dumais, Harrison McEldowney, Amy Seiwert, Susan Shields, Melissa Barak, Patrick Corbin, Trinette Singleton, and ARB Resident Choreographer Mary Barton; and former Artistic Directors Dermot Burke, Marjorie Mussman, Septime Webre and Graham Lustig. ARB has been designated a “Major Arts Institution” by the New Jersey State Council on the Arts consistently for the past two decades, and has repeatedly been awarded a Citation of Excellence by the Council.  ARB was voted the Jersey Arts People’s Choice for “Favorite Dance Company” in 2008, 2011 and 2012.

Princeton Ballet School has gained a national reputation for its excellent dance training since its founding in 1954 by Audrée Estey. Under the direction of Mary Pat Robertson, Princeton Ballet School currently serves approximately 1,200 students, starting at age three, and includes a large open enrollment division for adults. Princeton Ballet School has studios in Cranbury, New Brunswick, and Princeton and offers classes in ballet, modern dance, jazz, hip-hop, Cardioballet and Pilates.  Students from the school have gone on to dance in professional ballet and contemporary dance companies in the US and abroad. Graduates have danced with such diverse organizations as New York City Ballet, Paul Taylor Dance Company, Miami City Ballet, Complexions, Mark Morris Dance Company, Twyla Tharp, Pittsburgh Ballet Theatre, Ballet West and on Broadway.

The Access & Enrichment wing of American Repertory Ballet reaches out to the community not only through its DANCE POWER program and signature On Pointe series, but also with free programming, master classes, residencies, lecture demonstrations and School Time Matinees throughout the state.  In 1984, American Repertory Ballet partnered with the New Brunswick Board of Education to create DANCE POWER.  Today, it’s the longest-running uninterrupted arts/community partnership in New Jersey. The legendary Gregory Hines was DANCE POWER’s Honorary Chair for 18 years before his untimely passing in 2003. In 2001, Mr. Hines endowed a scholarship at Rutgers University that earmarks annual funds for a DANCE POWER student to attend the university.