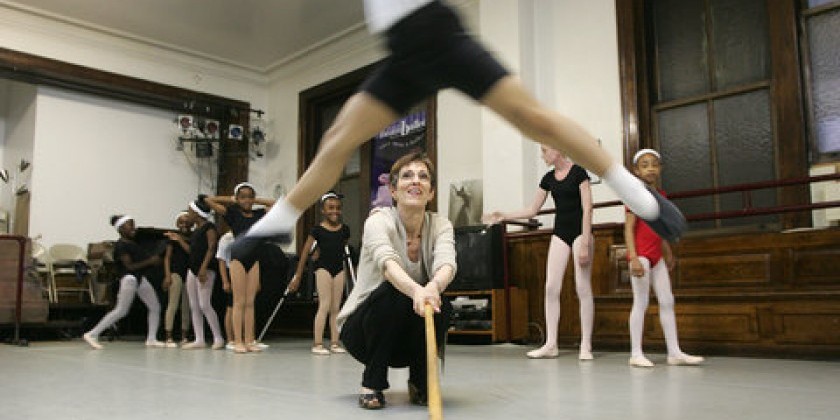 The fall session will include an expanded schedule of classes in both the Children’s and Adult Divisions.  NYTB is looking forward to becoming an active member of the vibrant St. Mark’s Community, offering open rehearsals and in-house performances.  The Company will also continue its award-winning LIFT Community Service program which offers scholarships to homeless children and children in need.

“We have fond memories of all of the teachers, dancers and performances that have been a part of our last three decades, said Diana Byer, artistic director of NYTB. “But we are thrilled to be beginning this new chapter for NYTB.  With a national tour planned, a new venue for repertory works and an expanded schedule of classes to meet the needs of our new neighborhood, NYTB is in a stronger position than it has ever been to advance its mission to bring the appreciation of dance to an evermore-diverse audience.  And we’re not done, stay tuned as we are making plans to be bigger and better than ever.”

The Company’s 2014/2015 season will include a national tour as well as repertory performances at the 92nd St. Y (January 10-12, 2015), New York Live Arts (February 18-21, 2015), and Danspace (June 15-20, 2015). NYTB continues to maintain its association with the New York Pops at Carnegie Hall, and the Company’s Once Upon A Ballet series for children will continue at Florence Gould Hall throughout the year. NYTB will also continue to offer its Free Ticket Program for families who are unable to afford to attend performances.

For qualified students, the school’s unique relationship with the Company provides performing experience throughout the year in ballets featuring roles for children.

New York Theatre Ballet (NYTB), founded in 1978 by artistic director Diana Byer, is the most widely seen chamber ballet company in the United States and has been hailed by The New York Times as “an invaluable company.” NYTB is dedicated to inspiring a love of dance in diverse audiences through performances of chamber ballet masterpieces and bold new works, as well as innovative one-hour ballets for children, all at affordable prices.