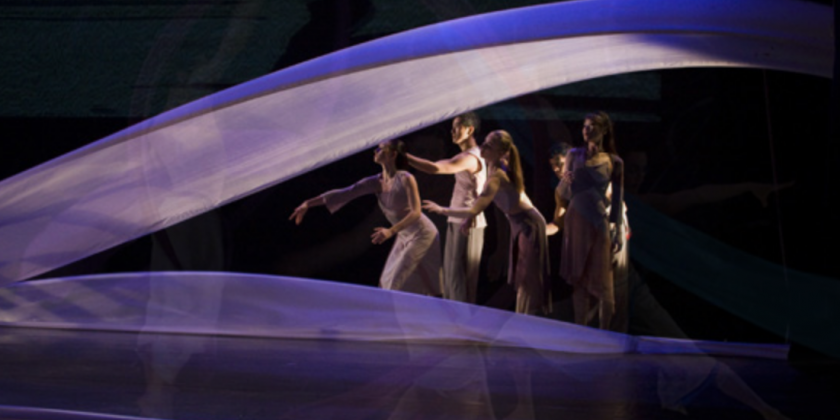 As visiting artist in residence, artistic director Nai-Ni Chen and her company members will teach Modern, Jazz and Ballet classes at the NJCU’s Music, Dance and Theater Department.   Ms. Chen will also invite exciting guest artists, from the concert stage to Broadway, to guest teach.  Edward Stockton, an Ailey alumni, has already been invited to teach jazz classes.

Nai-Ni Chen, an internationally renowned dancer and choreographer, is a principal affiliated artist of the New Jersey Performing Arts Center and has received fellowships from the National Endowment for the Arts in 1998 and 1997.   Her own Nai-Ni Chen Dance Company has been one of the most active U.S. dance companies for years, touring the U.S. 25 time, and enjoying 7 world tours to Poland, Mexico, Korea and China.  Ms. Chen's extensive background also includes Broadway, having been a dancer in the international production of The King and I, and a participant  in the creation of the Broadway production of M’Butterfly. The Company will also work with students on the choreography of on-campus musical theater productions.

“To begin building an energetic dance culture for NJCU is our first goal, and it starts with a strong dance curriculum”, says Nai-Ni.  The Taiwan native  is looking forward to working with Music, Dance and Theater Department Chair Dr. Min Kim and the Musical Theater Coordinator Prof. Marc Dalio. New classes are being added to the catalog for the Spring, and students who are interested in dance should contact the Music, Dance and Theater Department for inquiry.

The Nai-Ni Chen Dance Company will also work with the Music, Dance and Theater Department on other aspects of development, including student recruitment, concerts and musical productions, as well as developing new interdisciplinary works with university faculty members.

A blossom of color, energy and motion, "like endlessly proliferating forces of cosmic energy," says the New York Times. The dances of Nai-Ni Chen fuse the dynamic freedom of American modern dance with the grace and splendor of Asian art.  Nai-Ni Chen's diverse, mesmerizing and dramatic contemporary choreography has gained increasing recognition among domestic and international presenters and festivals. Recently, the Company was honored by a distinctive grant award from both the President's Committee on Arts and Humanities and the Department of State to represent the United States in a seven-city tour arranged by the Tamaulipas International Arts Festival in Mexico.

Situated on a beautifully landscaped campus in a vibrant urban community, New Jersey City University provides top-quality education to over 8,500 students who reflect the dynamism of the University's metropolitan Jersey City location.  As the safest university campus in New Jersey and one of the most diverse in the nation, NJCU prepares students to be leaders in a global society within the comforts of an intimate community.   It is a place to think and grow by interacting with culturally and ethnically diverse classmates and faculty from countries worldwide.   NJCU provides an educational experience that helps prepare our students for career success and global impact.