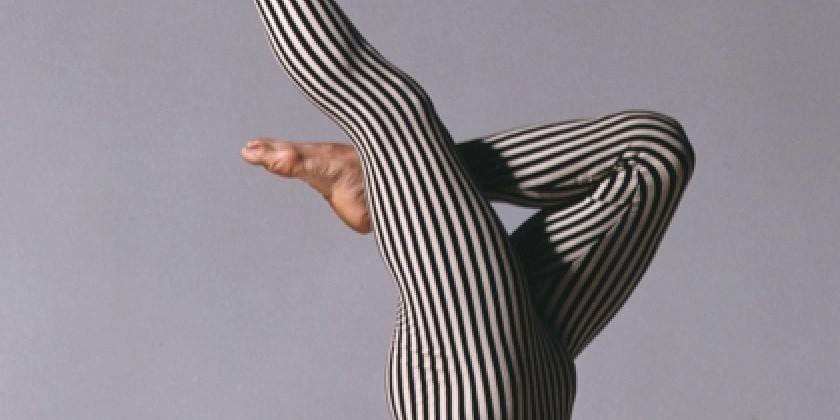 NAI-NI CHEN DANCE COMPANY Announces The Bridge Virtual Dance Institute of boundary-breaking dance experiences Free One-Hour Company Class on Zoom Open to All Dancers at an Intermediate to Advanced Level Featuring Guest Artists: Andrew Pacho and Morgiana Celeste October 19-23, 2020. As a virtual dance institute, The Bridge will invite world renowned as well as up and coming dancers and choreographer to come to guest teach the class.  Advanced/Intermediate level professional or pre-professional dancers who are looking to explore beyond their own boundaries and looking for new dance experiences are encouraged to participate.  The core program is based on Nai-Ni Chen's Kinetic Spiral, which is a cross-cultural dance vocabulary that integrates the Chinese martial arts philosophy in TaiChi with contemporary dance practices she studied in America.  Guest artists will cover a wide range of folk and classical dance styles. For the week of 10/19, The Bridge will feature two new experiences for the participants: Flow and Middle Eastern Dance.  Interested dancers can join the class by registering on Nai-Ni Chen Dance Company's website:  http://nainichen.org/company-class.

The Bridge Class schedule are as follows:

Andrew Pacho created FLOW method for ANTI-GRAVITY 1990 , a professional dance and gymnastics company, to help the performers maintain healthy joints & muscles while meeting the demands of the choreography. FLOW is a mixture of Gymnastics, Ballet, Graham, Horton, Gyrotonics and Yoga techniques  FLOW starts by sitting on a sturdy chair, gently work through the full range of motion for every joint, muscle and vertebra, creating heat and improved circulation to allow for greater flexibility and strength.  The class will then gradually speed up the movements  to prepare you for dance or rehearsal.  FLOW exercises can be modified for 15, 30 , 45 or 60 minutes segments.

Classically trained actor, storyteller and dancer Morgiana Celeste will be teaching Middle Eastern Dance. Class begins with a head-to-toe warm up through the isolations and basic steps central to Middle Eastern dance, with a particular emphasis on stance, hips, and arms. The class will then work on a short choreography, while breaking down movements not covered in the warm up.

In the midst of the COVID-19 crisis, the Nai-Ni Chen Dance Company has established a new dance institute through Zoom, The Bridge.  The Institute's aim is to bring together dancers, choreographers and directors around the world to experience the master teachers of color whose practices are embedded in the community and are focused on advancing the art of dance that transform the personal, environmental and metaphysical spaces.

Morgiana Celeste Varricchio, Producing Artistic Director and Founder of the Award-winning Mosaic Dance Theater Company, is a classically trained actor, a storyteller and a dancer. An accomplished writer and producer, she has adapted and/or written for the stage, produced, performed, and toured in: Ali Baba and the Forty Thieves (Lincoln Center); Gypsy Tales (NY Fringe Festival); Ovid's Metamorphoses (Edinburgh Festival Fringe); Banat El Emir (Greenwich Theatre); and for MDTC, Tales from The Arabian Nights, Land of The Pharaohs, The Paradise of Children, Bastianelo, and La Lettera d'Isabella. In addition to her numerous acting credits, and Middle Eastern dance career, she worked as production assistant for several Broadway productions, was an artistic consultant for the late film star Anthony Quinn, and worked at the Dallas Theater Center during its leadership by the legendary Paul Baker. Morgiana also teaches classes and workshops in Middle Eastern dance, and conducts workshops for storytelling and storytheater. She holds an MFA from Trinity University and a BA from Lehigh University.

Bringing the dynamic freedom of American modern dance together with the elegant splendor of Asian art, the Nai-Ni Chen Dance Company is one of the most visible Asian American dance companies in the United States. Ms. Chen's unique choreography transports audiences beyond cultural boundaries to the common ground between tradition and innovation, discipline and freedom, and form and spirit. Since its inception in 1988, the company has earned a broad base of public support and has toured extensively to major performing arts centers throughout more than thirty states. Presented by some of the most prestigious concert halls in the United States, from the Joyce Theater in New York to the Ordway Center in Minnesota and the Cerritos Center in California, the Company has mounted more than twenty national tours and nine tours abroad. Ms. Chen's work has been presented by such acclaimed international festivals as the Silesian International Contemporary Dance Festival and the Konfrontations International Dance Festival, both in Poland, the Chang Mu International Arts Festival in Korea and the Meet in Beijing International Arts Festival. The Company was also honored by a distinctive grant award from both the President's Committee on Arts and Humanities and the Department of State to represent the United States in a seven-city tour arranged by the Tamaulipas International Arts Festival in Mexico. Also, the Nai-Ni Chen Dance Company has the unique honor of having received more than fifteen awards from the National Endowment for the Arts and numerous Citations of Excellence and grants from the New Jersey State Council on the Arts. In addition to its extensive season of touring and performing, the company has developed Arts in Education residency programs in school districts to bring culture and arts into educational settings. It's colorful and engaging in-school assembly program "The Art of Chinese Dance" has been presented in hundreds of schools in NJ, NY, CT and PA, reaching hundreds of thousands of youth. The Company is currently in-residence at New Jersey City University and assisting NJCU in the development of a new BFA in Dance. For additional Company information, visit www.nainichen.org; write to Nai-Ni Chen Dance Company, P.O. Box 1121, Fort Lee, NJ 07024; or call (800) 650-0246.