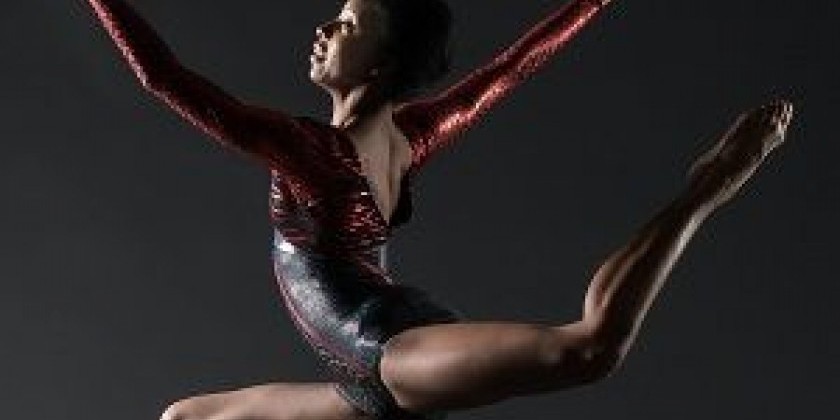 In the midst of the COVID-19 crisis, the Nai-Ni Chen Dance Company is keeping its dancers in shape by conducting regular Company Classes and rehearsals online from Nai-Ni and Company dancer’s living rooms using Zoom while inviting intermediate/advanced level dancers around the world to join the class at no cost. These classes have received overwhelmingly positive reception with more than 300 registrants. The Company took 3 weeks off in July. On July 20th, Nai-Ni Chen relaunched the classes and renamed the program: The Bridge. The new title signifies the Company’s focus on supporting artists of color whose practices are embedded in the community and are focused on advancing the art of dance. The mission is, through cyberspace, to provide the physical experience in the boundary-breaking dances from the BIPOC (Black, Indigenous & People of Color) Community. Interested dancers can join the class by registering on Nai-Ni Chen Dance Company’s website: http://nainichen.org/company-class.

As a virtual dance institute, The Bridge will invite world renowned as well as up and coming dancers and choreographer to come to guest teach the Company class. Advanced/Intermediate level professional or pre-professional dancers who are looking to explore beyond their own boundaries and looking for new dance experiences are encouraged to participate. The core program is based on Nai-Ni Chen’s Kinetic Spiral, which is a cross-cultural dance program that integrates the Chinese martial arts philosophy in TaiChi with contemporary dance practices she studied in America. Guest artists will cover a wide range of folk and classical dance styles. Dancers are encouraged to take the class daily.

The Bridge Classes are as follows:

Potri Ranka Manis Queano Nur is the Founder/Artistic Director and Tradition-Bearer of Kinding Sindaw, and a Storyteller). On July 23, 2005 Potri was enthroned as Bai a Labi a Gaus sa Borocot by the representatives from the 17 Pagawidan a Ranao in Marawi City, Lanao del Sur. Potri was born and raised in the Southern Philippines, she is a daughter of the late Sultan a Gaus of the Royale House of Borocot the 15th Pagawidan of the Pat Pengempong a Ranao. She also learned the traditions of the neighboring indigenous communities. She has written and directed many plays as a resident artist of LaMaMa. She founded Panata and co-authored and performed the Oratoyo-Bells of Balanggiga and acted a lead role in Dis-oriented, a feature film of Francisco Aliwalas. She was in Draupadi directed by Ellen Stewart, La Mama Great Jones Repertoire. She is an artist-teacher faculty of Lotus Fine Arts. She a practitioner of Theater of the Oppressed and a producer and actor in Newyorkustan directed by Steven de Castro. Potri is an artist-activist who campaigns for self-determination of the Moro and indigenous people.

A blossom of color, energy and motion, “like endlessly proliferating forces of cosmic energy,” says the New York Times.

Since its inception in 1988, the company has earned a broad base of public support and has toured extensively to major performing arts centers throughout more than thirty states. Presented by some of the most prestigious concert halls in the United States, from the Joyce Theater in New York to the Ordway Center in Minnesota and the Cerritos Center in California, the Company has mounted more than twenty national tours and nine tours abroad. Ms. Chen’s work has been presented by such acclaimed international festivals as the Silesian International Contemporary Dance Festival and the Konfrontations International Dance Festival, both in Poland, the Chang Mu International Arts Festival in Korea and the Meet in Beijing International Arts Festival. The Company was also honored by a distinctive grant award from both the President's Committee on Arts and Humanities and the Department of State to represent the United States in a seven-city tour arranged by the Tamaulipas International Arts Festival in Mexico. Also, the Nai-Ni Chen Dance Company has the unique honor of having received more than fifteen awards from the National Endowment for the Arts and numerous Citations of Excellence and grants from the New Jersey State Council on the Arts.

In addition to its extensive season of touring and performing, the company has developed Arts in Education residency programs in school districts to bring culture and arts into educational settings. It’s colorful and engaging in-school assembly program “The Art of Chinese Dance” has been presented in hundreds of schools in NJ, NY, CT and PA, reaching hundreds of thousands of youth. The Company is currently in-residence at New Jersey City University and assisting