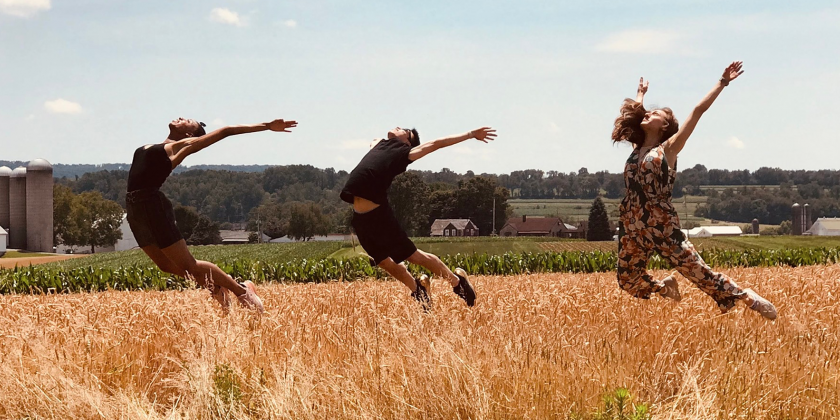 The Bridge Class schedule is as follows:

In the midst of the COVID-19 crisis, the Nai-Ni Chen Dance Company has established a new dance institute through Zoom, The Bridge.  The Institute's aim is to bring together dancers, choreographers and directors around the world to experience the master teachers of color whose practices are embedded in the community and are focused on advancing the art of dance that transform the personal, environmental and metaphysical spaces.

As a virtual dance institute, The Bridge will invite world renowned as well as up and coming dancers and choreographer to come to guest teach the class. Advanced/Intermediate level professional or pre-professional dancers who are looking to explore beyond their own boundaries and looking for new dance experiences are encouraged to participate. The core program is based on Nai-Ni Chen's Kinetic Spiral, which is a cross-cultural dance vocabulary that integrates the Chinese martial arts philosophy in TaiChi with contemporary dance practices she studied in America. Guest artists will cover a wide range of folk and classical dance styles. For the week of 11/30, The Bridge will feature two distinctive experiences for the participants: Graham Technique with world-renowned dancer/choreographer PeiJu Chien-Pott and Flamenco master Juana Cala.

Juana Cala, Flamenco dancer, and choreographer, has been performing and teaching Flamenco in the United States and Europe for more than 20 years. She performed as a soloist in the María Benitez Dance Company under the direction of Mario Maya, and then went on to form her own company, "Ensemble Flamenco Juana Cala", touring some of Europe's most prestigious theatres for 16 years, with much critical acclaim. In 1999 Juana was a professor of Flamenco in a Professional Arts Program for the European Union (a European equivalent to "The High School of Performing Arts"). She has been a resident Spanish Dance Professor in various universities across the United States. Juana has been a lead teaching artist for Flamenco Vivo for 10 years.

PeiJu Chien-Pott received the Positano Premia La Danza 2014 award for Best Contemporary Dancer, was named one of the year's "Best Performers" in 2014 and 2017 by Dance Magazine, was an honoree of the "Women's History Month" by Hudson County and received a 2017 Bessie award for Outstanding Performer.

Bringing the dynamic freedom of American modern dance together with the elegant splendor of Asian art, the Nai-Ni Chen Dance Company is one of the most visible Asian American dance companies in the United States. Ms. Chen's unique choreography transports audiences beyond cultural boundaries to the common ground between tradition and innovation, discipline and freedom, and form and spirit.