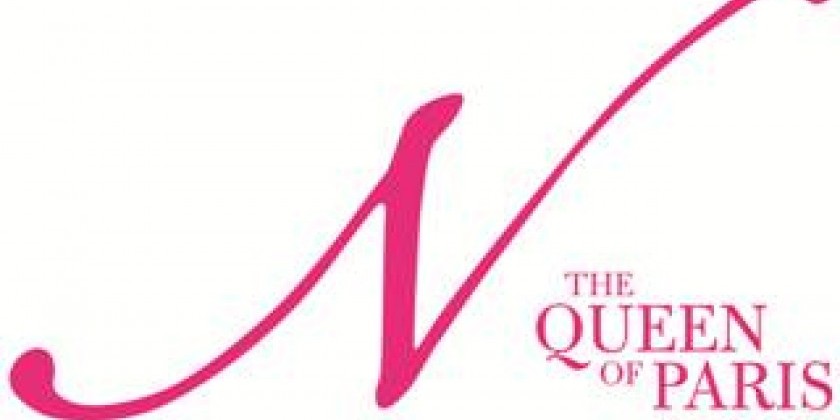 Montréal, June 3, 2014 - Montréal’s Monlove Enterprises today announced the world premiere of N—The Queen of Paris.  The new musical was inspired by the Champagne atmosphere and rags-to-riches romance of Emile Zola’s classic novel Nana with its gaslight glimpses into the backstage world of Parisian theaters, "Joie de vivre" and courtesans’ salons.

N—THE QUEEN OF PARIS will premiere at the Elgin Theatre in Toronto in September 2015 followed by its US premiere in Chicago at Broadway In Chicago’s Bank of America Theatre, a Nederlander Company, starting November 2015.  It will open on Broadway in March 2016.

Ella Louise Allaire and Martin Lord Ferguson, the creative force behind some of the most recent successful touring shows, are co-directing N—THE QUEEN OF PARIS and have developed the show’s book, music and lyrics. Joining them on the creative team is set and prop designer Michael Curry, whose spectacular visions have been integral to shows from The Lion King on Broadway to productions at La Scala and the Paris Opera.

“I have been immersed in the world of Nana ever since I first read the novel as a student,” said Ella Louise Allaire. “Although the book is set in the Second Empire, when the boulevards, cafés and nightlife of modern Paris were just being born, I felt an instant bond with its figure of a fascinating young street singer determined to rise in the world. Nana to me is in many ways a very modern woman. Martin and I now want to bring her to life as a character who is of our time, and yet remains magically surrounded by the fabulous, legendary Paris of years past.”

Michael Curry stated, “As I allowed myself to consider what the world of N—THE QUEEN OF PARIS might look like, I was drawn toward the French painting of Zola’s own time, which was simply the strongest era of artistic expression the world has ever known.  The production design is a contemporary variation that lives in harmony with the sophistication and epic vision of the great Impressionists. Our audiences will be reminded of that period but treated to a new and transformative world of beauty and excitement on our stage.”

To hear an excerpt from Allaire and Ferguson’s eclectic fusion of today’s sounds with the flavor of 19th-century French music hall and manouche jazz, please click here.

Further news about the creative team, casting, venues and schedule will be announced shortly. For information about the making of N—THE QUEEN OF PARIS, please visit www.nthemusical.com and follow N on Twitter: @NtheMusical, Facebook: N The Musical and YouTube: NtheMusical.

Monlove is proud that Moët & Chandon is the Official Champagne of N—THE QUEEN OF PARIS.

“From the Marquise de Pompadour to Napoleon, Moet & Chandon has been well-loved by iconic celebrities throughout its esteemed history” stated Ludovic du Plessis, Head of Global Public Relations Development, Moët & Chandon. “We are excited to be involved in N—THE QUEEN OF PARIS, a production that will bring the Champagne atmosphere of Emile Zola’s classic novel Nana to life."

Solotech is the official technical partner of N—THE QUEEN OF PARIS.

Monlove founder Ella Louise Allaire attended McGill University’s prestigious Schulich School of Music, where she received both the James McGill Award and the Music Faculty Award, and subsequently pursued her graduate studies in composition at the University of Montréal. She is the co-creator of the original concept, book, music and lyrics for the multi-billion dollar franchise from Twentieth Century Fox: Ice Age Live! A Mammoth Adventure which won numerous international awards. Her work has been heard at the Vancouver Winter Olympic Games, on the Avatar film trailer, Dateline NBC, the Beijing Acrobatic Troupe of China’s Magical Music Box and the feature film: Journey to the Center of the Earth.  She collaborated on the soundtrack for Cirque du Soleil’s KÀ which was named Best New Score of 2005 by TIME magazine.

Monlove partner Martin Lord Ferguson began his career as a music producer and sound engineer, producing more than thirty recordings and soundtracks for Cirque du Soleil, Stage Entertainment, Holiday on Ice and numerous recording artists.  His work has expanded over his two decades in the entertainment industry to encompass theater, large-format shows, advertising, television series and feature films. In addition to his collaborations with Ella Louise Allaire on Ice Age Live! A Mammoth Adventure, KÀ and Zed, he has scored the award-winning 2004 feature film La Peau Blanche White Skin and the celebrated Canadian TV series Fortier.

About Michael Curry (Set and Prop Designer)
Michael Curry works widely as a visual and concept designer for numerous companies, such as Cirque du Soleil, The Metropolitan Opera, London’s Royal National Theatre, Disney Theatrical Productions, and the International Olympic Committee.  He collaborates regularly with directors like Robert LePage, Nicholas Hytner, Julie Taymor and William Friedkin.  Mr. Curry has received many prestigious awards, including several for his work on Broadway (“Spamalot,” “Young Frankenstein,” “Dr. Seuss’s ‘How the Grinch Stole Christmas”). He has all been in involved in the Olympic ceremonies, and continues to innovate in the fields of scenic visual effects and puppetry design. His client list has included Michael Jackson, Katy Perry, Lady Gaga and countless others.