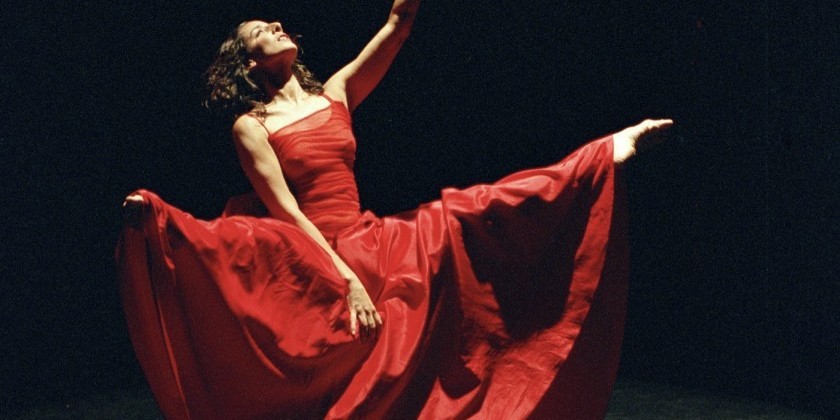 Cocktails and hors d'oeuvres will be served. Tickets may be purchased by emailing info@njdte.org.

NJDTE’s The Nutcracker performances are December 13 at 2pm & 7pm and December 14 at 2pm at Wilkins Theatre at Kean University, Union, NJ.

ABOUT THE GUESTS OF HONOR:
Andra and Ernesta Corvino, performers, ballet mistresses and daughters of the founding director of NJDTG, Alfredo Corvino, co-directed the Dance Circle in New York City with Mr. Corvino from 1968 to 1993. Andra Corvino staged productions for companies and universities around the world and has served on the faculty of The Juilliard School, among other prestigious dance institutions. She is a charter member of Ernesta Corvino's Dance Circle Company, with whom she still performs. She also teaches and coaches privately. Ernesta Corvino studied ballet with Margaret Craske, Antony Tudor, Mr. Corvino and Andra Corvino. At 14, she joined the Maryland Ballet as a soloist and went on to dance with the Metropolitan Opera Ballet and Radio City Music Hall Ballet Company. In 1981, she formed her own company, Ernesta Corvino’s Dance Circle Company. Currently she teaches in NYC, conducts workshops throughout Europe and is ballet master for the José Limón Dance Company and Pina Bausch/Tanztheater Wuppertal.

Rosemary Sabovick-Bleich studied with Gertrude Weinberg and Alfredo Corvino as a member of NJDTG. At the age of 17, she performed professionally with the New Jersey Ballet Company (NJBC) and then toured internationally with the Pavlova Celebration in leading roles. Sabovick-Bleich held a principal position at NJBC for over 15 years, touring nationally and internationally. She is known for her versatile technique in such roles as Sylvia Pas de Deux and Agnes DeMille’s Rodeo. She has worked with noted choreographers, including Vicente Nebrada, Norbert Vesak, Edward Villella and Robert North. Sabovick-Bleich is currently on faculty for NJDTE, New Jersey School of Ballet and NJBC.

Nancy Turano studied with Pat McCusker and Alfredo Corvino at NJDTG and received her BFA in dance from SUNY Purchase. She was a principal dancer and rehearsal director with Ballet Hispánico and has danced with Buglisi Dance Theatre, Martine Van Hamel’s New Amsterdam Ballet and Ballet Concierto de Puerto Rico. As Artistic Director of NJDTE, Turano has created dance education and international exchange programs and has mentored pre-professional dancers. She has also expanded NJDTE to include advanced level programs such as Movement Invention Project (MIP) and Pre-MIP in New York City. Recently, Turano was selected to serve as an adjudicator for YoungArts Miami in search of U.S. Presidential Scholars for the Arts. Turano is on the faculty of the Ailey School and was the founding director of the Harkness Youth Ballet at the 92nd Street Y in New York City. In 2012, she received the New Jersey Governor’s Award in Arts Education, recognizing her leadership in developing outstanding dance education programs.

ABOUT NJDTG and NJDTE:
Founded in 1969 under the direction of acclaimed ballet master Alfredo Corvino and led by Turano since 1994, Ensemble dancers are offered a challenging pre-professional curriculum and repertoire. Throughout the year, classes and repertory are taught by faculty and teachers from prominent companies and schools, including the Paris Opera Ballet, Limón Dance Company, Twyla Tharp, Lar Lubovitch and Alvin Ailey American Dance Theater, among others. The Ensemble annually premieres new works and maintains a diverse repertory by renowned choreographers, including David Parsons, Robert Battle, Sidra Bell, Loni Landon, Andrea Miller and Turano. In 2010, NJDTE won the Dancin’ Downtown at the Joyce Choreography Award. The Ensemble also focuses on ensuring the future of dance by reaching new audiences through educational outreach programs.