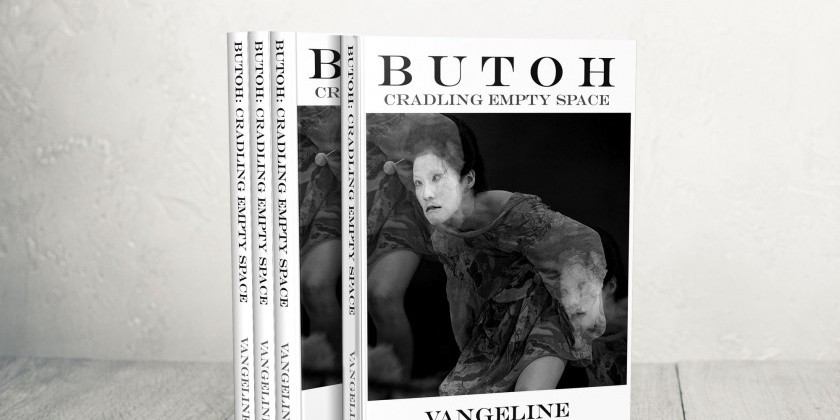 New York Butoh Institute presents the virtual book launch of Butoh: Cradling Empty Space, a nonfiction book written by Vangeline, on October 22, 2020 at 7:30pm ET, as part of the New York Butoh Institute Festival. Butoh: Cradling Empty Space explores butoh through a scientific lens, challenging the current gender bias and shedding light onto this mysterious and often misunderstood art form. Tickets are $5 and include an entry to win a copy of the book, and can be purchased at www.vangeline.com/online-tickets/aur5r9r43bteuzm1bbnztfjtzx45sn.

During the virtual launch, hear from Vangeline and Carter Edwards, Program Director, Mount Tremper Arts. Book giveaway winners will also be announced during the event.

"Butoh: Cradling Empty Space is a handbook for the butoh practitioner, the (art) historian, the dance critic, and the curious reader. Encompassing, and reconciling, problems of movement, gender, race, and universality, Cradling Empty Space guides the reader through the many possibilities of butoh."

* Investigates butoh's unique contributions to the field of dance and theater.

* Offers new and exclusive information on the subject of butoh's history.

* Researches the scope of teaching practices, with an emphasis on the commonality between different butoh methods.

*Allows us to think about brain function and butoh in a bracing new light.

* Includes recent findings from the fields of psychology, cross-cultural psychology and trauma research as they apply to butoh pedagogy today.

* Offers practical advice for students and aspiring teachers, with a detailed analysis of potential challenges in the field.

* Discusses the subject of international butoh.