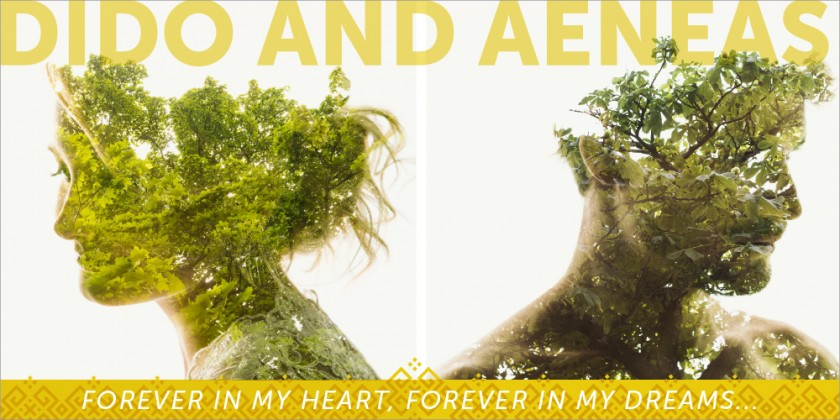 New “Early Bird” Subscription Discount Offers Up to 30% Off Tickets

(Saratoga Springs, NY) -- Opera Saratoga announces subscriptions are now on sale for the 2015 Summer Festival, which will include three operas featuring guest artists from around the globe, and a wide-range of additional live performances and arts experiences. The three operas will take place over a three-and-a-half week period, from July 2nd to the 26th.

For the first time, Opera Saratoga is offering an “early bird” subscription discount, which provides savings of up to 30% off the price of single tickets for those who purchase subscriptions prior to December 30, 2014. In addition to the increased savings from previous years, the company is offering additional new benefits to subscribers, including discounts on a wide variety of additional concerts and events throughout June and July in Saratoga Springs. Information can be found on the Opera Saratoga website: http://www.operasaratoga.org/subscriptions/

The three operas being presented during the Summer Festival are all incredibly unique to one another. La Cenerentola (Cinderella) is a bubbling comedy by Rossini that features virtuoso singing to impress the most passionate opera lovers, and is also an ideal introduction to opera for family audiences. The presentation of Purcell’s Dido and Aeneas will be Opera Saratoga’s first site-specific production, presented outside and under the stars, in partnership with the National Museum of Dance. The world-premiere of The Long Walk, by Jeremy Howard Beck and Stephanie Fleischmann - based on the critically acclaimed memoir of war and homecoming by Brian Castner - is presented in partnership with American Lyric Theater in New York City, marking a reaffirmed commitment to the inclusion of contemporary American opera as a regular part of the Company’s programming.

A full slate of additional concerts and events are being offered throughout June and July to enrich the community. Many of these events are free, while others are ticketed at a modest price of $20 dollars. Opera Saratoga will perform throughout Saratoga Springs, including events at The New York State Military Museum, The Saratoga Arts Center, Skidmore College, and Caffé Lena. Subscribers get 25% off those concerts ($15 dollars) and can purchase tickets to those events when they subscribe. Additional info can also be found on the website at: http://www.operasaratoga.org/summer-concerts-and-special-events/

Also new this season, there will be pre-performance and after-the-show talks where audience members will have the opportunity to interact with cast members. Artistic and General Director Lawrence Edelson said, “The guest artists joining us this season are truly extraordinary. They include artists who are performing leading roles at the world’s great opera houses, including The Metropolitan Opera, The Paris Opera and The Vienna Staatsoper… but there is nowhere else that you can enjoy them in such intimate and beautiful settings than Opera Saratoga.”

Subscriptions, including additional concert tickets, may be purchased by calling Opera Saratoga’s ticket office at 518.584.6018, or online at http://www.operasaratoga.org/subscriptions/

Single tickets for all performances will go on sale February 1, 2015.

Music by Gioachino Rossini, Libretto by Jacopo Ferretti, Based on the Fairy Tale by Charles Perrault

Directed and Choreographed by Karole Armitage, Conducted by Nicole Paiement

All tickets include admission to the wonderful exhibits at The National Museum of Dance, beginning at 7pm. Seating is general admission, with seating beginning at 7:45pm for the performance beginning at 8:15pm.

If it aint Baroque…

The National Museum of Dance

Of Arms and the Man I Sing

A Master Class with Joan Dornemann

Venue to be announced

A World War I Tribute with Baritone John Brancy

Opera Saratoga, formerly known as Lake George Opera, began with a production of Die Fledermaus at the Diamond Point Theatre on July 5, 1962, playing to an audience of 230. The Company now calls Saratoga Springs home and performs for more than 25,000 people annually. To date, the Company has performed ninety different fully-staged works by fifty-two different composers, including thirty-three works by American composers and five world-premiere productions. Throughout its history, the Company's continued success has been shaped by visionary leaders, talented artists, and critically acclaimed productions. For more information, visit www.operasaratoga.org.

Lawrence Edelson (Artistic and General Director, Saratoga Opera) is highly respected not only as a critically acclaimed stage director, but also as a visionary company leader who has created programs in the areas of artist mentorship and new works development that have served as models of innovation for opera companies around the country. In January 2014, Lawrence was appointed Artistic and General Director of Opera Saratoga, effective July 1, 2014. Lawrence is responsible for the oversight of both the artistic and administrative management of Opera Saratoga’s programs. As a stage director, Lawrence’s critically acclaimed productions include Philip Glass’ Hydrogen Jukebox (Fort Worth Opera), the American Premiere of Telemann’s Orpheus (Wolf Trap Opera), the World Premiere of Jeff Myers’ Buried Alive (Fargo Moorhead Opera), the New York premiere of Fauré’s Pénélope (Manhattan School of Music), La Traviata (Minnesota Opera), Carmen (Toledo Opera), Il Barbiere di Siviglia (Hawaii Opera Theater), H.M.S. Pinafore (Opera Saratoga), Ariadne auf Naxos, Little Women, Eugene Onegin, Werther, and A Midsummer Night’s Dream (IVAI Tel Aviv) and the world premiere of The ToyMaker Off-Broadway.  Lawrence is perhaps best known in the opera field as the founder of American Lyric Theater (ALT), where he continues to serve as Producing Artistic Director concurrent with his role at Opera Saratoga. He has been responsible for assembling ALT’s Board of Directors, its world-renowned artistic staff, and implementing strategic operating and fundraising plans to ensure the long-term viability of the organization.  As Producing Artistic Director, he coordinates the diverse artistic programs of ALT, including The Composer Librettist Development Program, commissioning of new works, co-production relationships, and recordings. A tireless advocate for emerging artists and the diversification of audiences for opera, Edelson also serves on the Strategy Committee for OPERA America, and continues to forge collaborations with opera companies across the country.