Panel Discussion and Symposium by Tetsuro Fukuhara and Vangeline 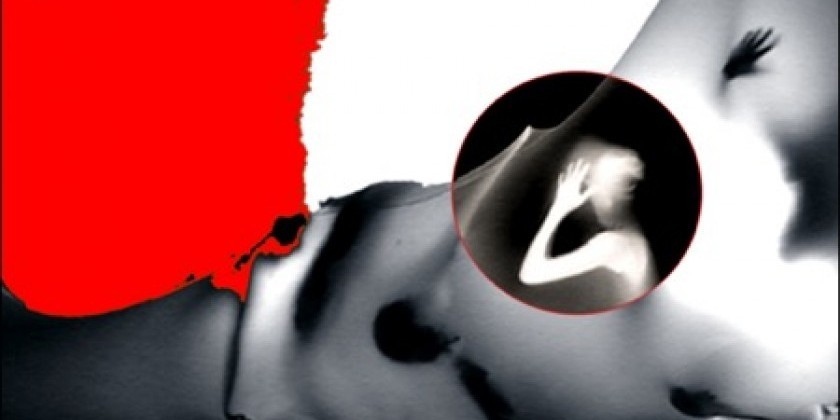 Howl! Happening and The New York Butoh Institute present International Butoh, a panel discussion and symposium focused on International Butoh in the 21st century, in conjunction with a series of live performances with Butoh Master Tetsuro Fukuhara (Tokyo, Japan) and Vangeline. Sign language interpretation will be provided for this event.

Over the past 60 years, Butoh has become a universal and international movement language. Developed in post-World War II Japan, the minimalist avant-garde dance form has grown, evolved, and traveled worldwide. Butoh is taught and performed across the United States; in Europe, Africa, and Latin America. While the form has its roots in Japan, there are Butoh artists of all cultures, backgrounds, and ethnicities, continuing its legacy into the 21st century.

In International Butoh: Collaboration and Symposium, Butoh master artists Tetsuro Fukuhara and Vangeline will dive into the past, present, and future of Butoh as a permeable and boundary-blending art form that reaches across geographic and cultural divides.

Tetsuro Fukuhara, president of Tokyo Space Dance, is a second - generation movement artist of "Improvisation Butoh." Tetsuro studied under Akira Kasai, and Butoh founders Kazuo Ohno and Tatsumi Hijikata. At 68, Tetsuro represents the oldest generation of Japanese Butoh. His style of "New Butoh Space Dance" is a way to socialize Butoh for the general public, bringing together elements of dance, architecture, information, and design.

Vangeline is an internationally acclaimed French-born, New York City-based Butoh choreographer and is regarded widely as an expert in her field in the United States. She is the founder of the New York Butoh Institute and artistic director of the Vangeline Theater, an all-female dance company firmly rooted in the tradition of Japanese Butoh while carrying it into the 21st century. Vangeline's socially conscious performances tie together Butoh and activism. Her performances have dealt with subjects as varied as feminism, climate change, war, and perceptions of gender.

Tetsuro Fukuhara and Vangeline represent the second and third generations of Butoh, a physical symbol of evolution-teacher to student, man to woman, past to future. For this collaboration, the artists will work together to share their artmaking practices to create new work.

From Brazil, Cristina Elias, Artist, choreographer
Cristina Elias's work sets its focus on building bridges between different artistic codes. In 2013, she was awarded the Prize "FUNARTE - Women in Visual Arts" (Ministry of Cultural, Brazil) and, in 2016, the prize "Paço das Artes - Temporada de Projetos 2017" (Paço das Artes Museum, São Paulo, Brazil). Her work has already been exhibited at the Museum of Image and Sound (MIS) São Paulo, the Museum of Modern Art (MAM) São Paulo, the MAXXI (Rome, Italy), Radialsystem Berlin (Germany), Festival VERBO (Galeria Vermelho, São Paulo, Brazil) among others. She concluded a Masters in Movement Studies at the Royal Central School of Speech and Drama (University of London, UK) and is currently doing her PhD at the Program of Post-graduation in Design of the University Anhembi Morumbi (São Paulo, Brazil).
Captioning is provided, in parts by a grant from NYSCA/TDF Tap Plus.

The Vangeline Theater has been a leader in the development of contemporary Butoh dance since it's founding in 2002. Informed by the expansive vision of pioneering choreographer Vangeline, the Vangeline Theater brings to life a timeless and uniquely American style of Butoh that continues to captivate audiences. The Vangeline Theater is home to the New York Butoh Institute, providing superior Butoh training to our community. The New York Butoh Institute is dedicated to the advancement of Butoh in the 21st century, with a special emphasis on scientific research as it relates to Butoh. www.vangeline.com

Gallery | Performance Space | Archive
Like the neighborhood in which it was born and the Howl! Festival that began it all, Howl! Happening is a space of untamed creativity. Howl! Happening curates exhibitions and stages live events that showcase the historical legacy and contemporary culture of the East Village and Lower East Side. It  is  also dedicated to preserving the archives of artists who spent their creative lives working in this vibrant community and houses the Estates of artist Arturo Vega and  the  beloved  performance  artist,  Tom Murrin aka "The Alien Comic." The history of the East Village is still being written. The mix of rock and roll, social justice, art and performance, community activism, gay rights and culture, immigrants, fashion, and nightlife are even more relevant now and Howl! Happening aims to shine a light on artists from the past in the place where their art came alive and where they played and worked.  Howl! Happening is an Arturo Vega Project. Visit howlarts.org.