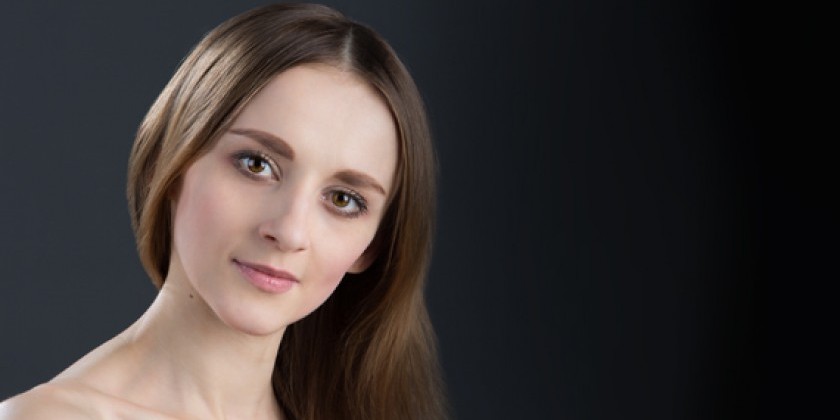 Philadelphia, PA (February 4, 2015) – Pennsylvania Ballet and Artistic Director Angel Corella announce the addition of Oksana Maslova as a Soloist for the 2014-2015 Season.

“Oksana is a standout dancer, who melds well with the current Pennsylvania Ballet dancers,” said Artistic Director Angel Corella. “In addition to her amazing dance abilities, she has comprehensive and acknowledged international experience as a choreographer.”

A native of Nikopol, Ukraine, Oksana Maslova’s artistic development began early with rhythmic gymnastics, which led to an intensive ballet program with Irina Sycheva, former ballerina of St. Petersburg Ballet. She went on to the Kiev Choreographic College where she studied under teachers and artists such as Anna Petrenchuk, Evgenyi Kaigorodov, Yana Gladkih and Dmitriy Kaigorodov. While studying at the College, Ms. Maslova began performing with the Kiev Youth Ballet where she danced Arabian in The Nutcracker, Kitri in Don Quixote, Odette in Swan Lake and Carmen in Carmen-street.

After graduating from Kiev Choreographic College, she became a student of the Institute of Culture and Arts where she received a master’s degree as a choreographer and ballet master. During this time, she left the Kiev Youth Ballet to become a member of the Suziriya Dance Theater.

In 2008, Ms. Maslova became a principal dancer with Grand Rapids Ballet performing the entire classical repertoire plus Balanchine’s Who Cares. In June 2011, she became a principle dancer at the Connecticut Ballet Company where she performed such classical masterpieces as Paquita grand pas, La Ventana, Cinderella, Black Swan Pas de Deux from Swan Lake, Balcony Pas de Deux from Romeo and Juliet, Giselle and Sleeping Beauty. In 2012, she created the role of Alice in Brett Raphael’s new production of Alice in Wonderland.

“I’m honored to learn from such a premiere dancer as Angel Corella,” said Soloist Oksana Maslova. “I also look forward to the new experiences and repertoires I’ll be able to take part in as a Pennsylvania Ballet dancer.”

Founded in 1963 by Balanchine student and protégée Barbara Weisberger, Pennsylvania Ballet is one of the nation’s leading ballet companies. Headquartered in Philadelphia, the Company’s annual local season features six programs of classic favorites and new works, including the Philadelphia holiday tradition, George Balanchine’s The Nutcracker™. For more information, visit paballet.org, call 215.551.7000 or connect with us on Twitter, Facebook, and YouTube to go behind the scenes at any time.