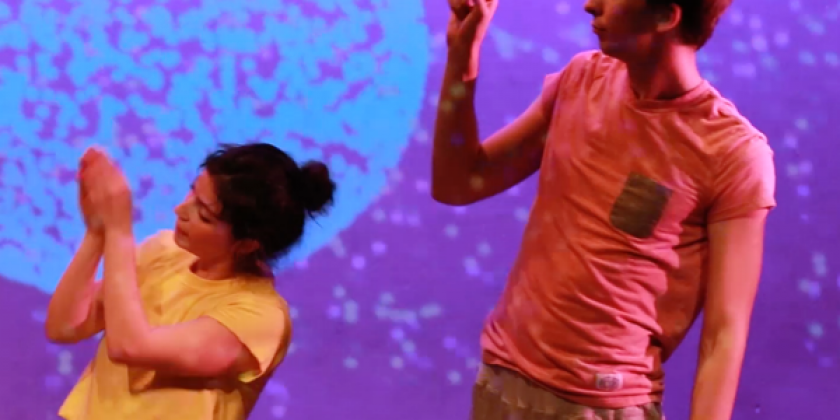 Gil Sperling will demonstrate low- and high-end techniques for projecting on alternative surfaces with projection mapping software. The class will feature hands on projects in basic mapping, simple motion tracking with cameras, and experiments with pocket projectors.
Participants should bring some interesting objects to project on and white t-shirts.

Gil Sperling is a multimedia artist and performance maker. He has created short films and video installations, video design for the stage, and multimedia performances. Gil is a graduate of the School of Visual Theater in Jerusalem and hold a B.A. in Psychology and Philosophy. He spent a year as a fellow at the Cologne Academy of Art (KHM). Gil’s work as multimedia performance creator includes “Shulamis or the Well and the Pussycat” at the Target Margin Yiddish Lab, New York, 2012, “Sotto Voce”, a multimedia musical-theater project presented in Berlin in 2011, and “Ruhe Sanfte”, a musical-visual performance performed at the Israeli Opera, 2005. Noted video design work includes “City of Glass” at the New Ohio Theater (2016), “Trade Practices” at HERE Arts Center (2014), “Uriel Acosta” at The Chocolate Factory (2014) and “Don Giovanni” at the Cologne Opera (2010). Video installation work has been presented at the SVA gallery in New York, Hellerau arts center in Dresden (Germany), Kampo museum in Kyoto (Japan), and Ein-Harod Museum in Israel. Awards include the Luytens/Bel-Geddes Design Enhancement Fund (2014) – for the production of “Uriel Acosta”, Planet Connections award (2012) – for outstanding use of Projections and multimedia in “Trafficked”, and the Operare 11 prize for new musical theater productions (2011)– for the production of “Sotto Voce”.