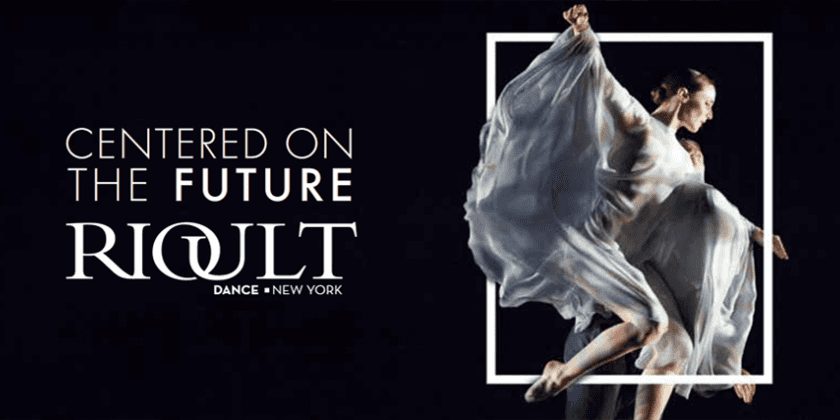 2018 WINTER GALA: CENTERED ON THE FUTURE FEATURING PERFORMANCES BY

New York, NY (February 2018) – Pascal Rioult’s RIOULT Dance NY announces its Centered On The Future 2018 Winter Gala to be held on Wednesday February 28, 2018 at The Lighthouse at Chelsea Piers – Pier 61 a 6:30pm. This year’s Gala will honor Joseph W. Armbrust, Kaufman Astoria Studios, and Steinway & Sons. The Gala Co-Chairs are John A. MacKinnon and Harsha Murthy. Long-time friends of the company, actress Kathleen Turner, will speak and offer a special rendition of It’s Only A Paper Moon, and Tony nominated Christine Andreas will sing Hymne á L’Amour reprising her 2015 collaboration with RIOULT. The Gala will feature dance performances, an auction, a gourmet dinner, followed by a DJ and dancing.

The Gala celebrates the Company and its thrilling future. This summer, RIOULT will open the 11,000 square-foot RIOULT Dance Center in Astoria’s Kaufman Arts District with five studios including a flex-studio and performance space with seating for over 100 audience members. The opening of the RIOULT Dance Center will mark a pivotal milestone in RIOULT’s history, not only providing a permanent home for its professional company of dancers, but also offering the community a new world-class dance facility and school.

RIOULT Dance NY will honor Joe Armbrust as a long-standing member of RIOULT’s Board of Directors. His service to the company and his expertise in governance has made him an invaluable member of the Board. He is a true champion for the company.

RIOULT Dance NY is recognizing Kaufman Astoria Studios for making entertainment history in Astoria for more than 90 years and its role in spearheading the designation of its corner of Queens as the Kaufman Arts District, creating a welcoming environment for organizations like RIOULT Dance NY and the RIOULT Dance Center.

RIOULT Dance NY will honor premiere piano makers Steinway & Sons for its long history in northwest Queens. Operating in Astoria since 1870, they set the gold standard for excellence in their field. RIOULT Dance NY is proud that the address for RIOULT Dance Center, 34-01 Steinway St., bears its name.

Born in Caen, France, Mr. Rioult came to the United States on a fellowship from the French Ministry of Culture to study modern dance in 1981. After performing with the companies of May O’Donnell and Paul Sanasardo he was invited to join the Martha Graham Dance Company. He interpreted many of the most prestigious roles in the Graham repertory as a principal dancer, and in 1990, Ms. Graham created the central role (Death Figure) in her ballet Eye of the Goddess for him. Mr. Rioult performed opposite Mikhail Baryshnikov and Joyce Herring in El Penitente and was featured in two television specials: “Martha Graham in Japan” and “Five Dances by Martha Graham,” filmed at the Paris Opera.

Since starting his own company, RIOULT Dance NY in 1994, Mr. Rioult has dedicated his energies to developing his own choreographic style and nurturing a robust ensemble of dancers. Of his work, Black Diamond, Anna Kisselgoff of The New York Times wrote, “...he has met the challenge of comparison with George Balanchine.”

Mr. Rioult’s works have been commissioned by the American Dance Festival; Cal Performances Zellerbach Hall in Berkeley, CA; the Ballet du Nord in Roubaix, France; the Geneva Ballet, Switzerland; The Orchestra of St. Luke’s; the Gordon & Harriet Greenfield Foundation; the Grand Marnier Foundation; the Théâtre de Saint Quentin en Yvelines France; Lehigh University in Bethlehem, PA; and Marymount Manhattan College; among others. He is a two-time recipient of the Choo-San Goh Award for Choreography.

Extraordinary for an organization its size, RIOULT Dance NY is highly committed to its dancers, providing steady employment and year-round health insurance. Each dancer’s creative development is fostered through training classes, teaching opportunities, and challenging repertory while maintaining comprehensive rehearsal and performance schedules. The company is fortunate to have welcomed new dancers over the years and retained many, some of whom have danced with the company for over a decade.