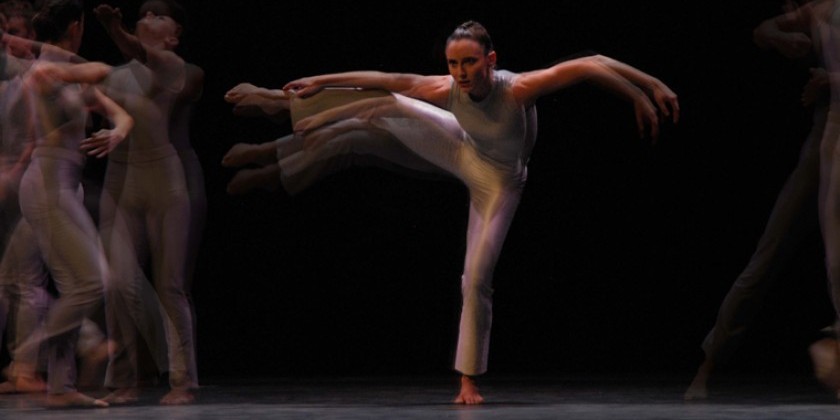 Tour stops include: TeatroSalieri in Legnago, Italy; in France at Theatre de la Vallee de l'Yerres in Brunoy and Theatre Municipal in Castres, and Théâtre Municipal de la ville in Esch surAlzette, Luxembourg. Each program presented throughout the tour will feature choreography from the company's established repertory.

The Ravel Project was Pascal Rioult's first choreographic investigation of the music of a single composer. The program includes Home Front (2000), Wien (1995), Prelude to Night (2002), and Bolero (2002) - all set to the music of Maurice Ravel. Home Front is an evocative work that draws upon the hope, fear, temptation, and salvation shared by soldiers and loved ones alike. Wien one of Rioult's most powerful works, turns the Viennese waltz's revered image of grace and social refinement inside out, using it as a metaphor to expose the decadence and moral disintegration of a society. The triptych Prelude to Night channels a woman's transitory sense of being through imagination, dream, and nightmares. Closing the program is Bolero, Rioult's, bold interpretation of Ravel's famous musical score.

Fables, a family-friendly work highlights the timeless relevance of the age-old tales of Jean de La Fontaine. Based on the work of Aesop and the Indian fables of Bidpai, Pascal Rioult has taken La Fontaine's adaptation one step further by adding movement to the rhythmic narrative. Originally created in 1997, Rioult re-imagined this dance with new costumes, lighting, and choreography set to new music by Paul Salerni. Audiences enjoy familiar tales such as the Crow and the Fox, the Tortoise and the Hare, and the Ant and the Grasshopper.

Iphigenia, is a dance drama driven by a young girl's transfiguration from innocent child to transcendental heroine. Based on Euripides' Iphigenia in Aulis, it chronicles King Agamemnon's decision to sacrifice his daughter - much to the horror of his wife, Clytemnestra and his daughter's betrothed, Achilles - and Iphigenia's ultimate acceptance of her fate. Through dramatic dance scenes weaved together with a recurring ensemble-the Greek chorus, the part-narrative, part-abstract piece unfolds, reintroducing audiences to this beautifully tragic story.

The Violet Hour set to Joan Tower's "Tres Lent" and the newly commissioned "Catching a Wave" for piano and cello, is informed by images gleaned from T.S. Eliot's The Waste Land.  The Violet Hour evokes the stark beauty and consequent humanity that stems from these images, a time of expectation hovering between darkness and light, reality and dream, memory and desire.

On Distant Shores recalls the ancient myth of Helen of Troy. "I always thought Helen got a bad rap," says Pascal Rioult. In this work he sets out to redeem her, imagining she is brought to Troy against her will, where she encounters four god-like warriors though ultimately walks alone as it all fades into a dream.

RIOULT Dance NY, celebrating its 20th Anniversary in the 2014-2015 Season, fast became an established name in modern dance with a reputation for bringing the sensual, articulate, and musical dance works of Pascal Rioult to audiences worldwide. The twelve-dancer company, based in New York City, is led by husband-and-wife team Pascal Rioult and Joyce Herring - both former Martha Graham Dance Company principal dancers. With an established repertoire of over 40 dances that expands each year, RIOULT Dance NY presents an annual New York Season and tours nationally and abroad. In addition, in-school arts education and community outreach have been integral to the company since its inception, introducing students and families to the art of modern dance. www.rioult.org