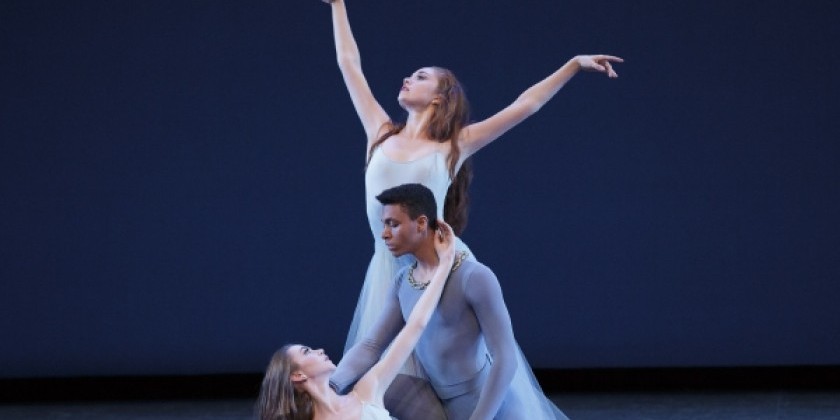 The School of American Ballet’s

at the Peter Jay Sharp Theater at Lincoln Center on Tuesday, June 3, 2014

The School of American Ballet’s Workshop Performance Benefit 2014 on Tuesday, June 3, 2014 celebrated 50 years of these annual performances and raised nearly $860,000 for scholarships and school programs. The evening began with cocktails at 5:30pm in Juilliard’s Morse Hall, followed by the presentation of the Mae L. Wien Award for Outstanding Service to Dena Abergel, SAB faculty member and NYCB Children's Ballet Master, and Wien Awards for Outstanding Promise to Lyrica Blankfein, Christopher Grant, Baily Jones, and Addie Tapp.

“We are thrilled to announce that the Workshop Performance Benefit exceeded our original goal,” said Margie Van Dercook, executive director of The School of American Ballet.  “We gathered to celebrate five decades of these annual performances – the culmination of each year’s work for the students – and the tremendous generosity of our attendees, donors and sponsors capped off a terrific evening.”

The Workshop Performance Benefit is The School of American Ballet’s most anticipated event of the year. The annual Workshop Performances are SAB’s only public performances and a rare opportunity to get a sneak preview of the ballet world’s up and coming young stars. A Benefit Dinner follows the Tuesday evening performance at Lincoln Center, and attracts more than 550 arts patrons, corporate VIPs and New York’s social elite for a seated dinner and dancing in the SAB studios, which are transformed into elegant dining rooms for the evening.

SAB, located at New York City’s Lincoln Center, is the premier ballet academy in the United States, training more students who go on to become professional dancers than any other school. SAB's former students fill the ranks of the New York City Ballet and other leading U.S. and international ballet companies.