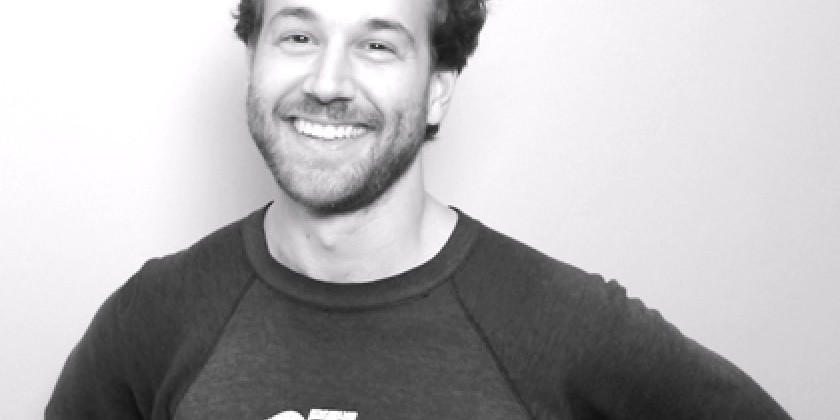 The American Dance Institute (ADI) has selected Brooklyn-based choreographer, performer and musician Steven Reker to win the 2015 Solange MacArthur Award for New Choreography. ADI will provide Reker with $10,000 in commissioning funds, fee-free fiscal sponsorship, strategic marketing and development support, and a presentation of the commissioned work next year.

Steven Reker said of winning this year’s award, “In the landscape of American dance-making it is difficult to find platforms on which you might find support for your work. ADI's Solange MacArthur Award provides a platform that is truly rare. I’ll have technical, financial and developmental support to make a new piece—a piece I have wanted to make for years but could only imagine making since my resources are somewhat limited in NYC. ADI is helping raise the standard of how American performing arts organizations support their commissioned artists."

Reker epitomizes the kind of artist ADI seeks to support through the Solange MacArthur Award—a choreographer gaining prominence while pushing the boundaries of the art form. He moved to New York from Arizona in 2006, finding work as a dancer and guitarist on David Byrne's 2008-09 tour, as a composer in Yasuko Yokoshi's dance work, and as a choreographer for Miranda July's film The Future. In 2009, in The Kitchen's Dance and Process series, Reker debuted his own group, People Get Ready, to channel both sides of his creativity. NPR Music has called People Get Ready’s marriage of indie rock melodies and movement “the best mix of performance art and music in decades.” Reker premiered his first hybrid performance production, the eponymously titled People Get Ready, at The Kitchen in 2011. The New York Times wrote that his work had “blossomed into an ephemeral landscape where music works in tandem with movement and lights,” and described the production as “an experience beyond hearing music…or viewing dance.” He headlines a concert in Lincoln Center’s American Songbook series on February 27.