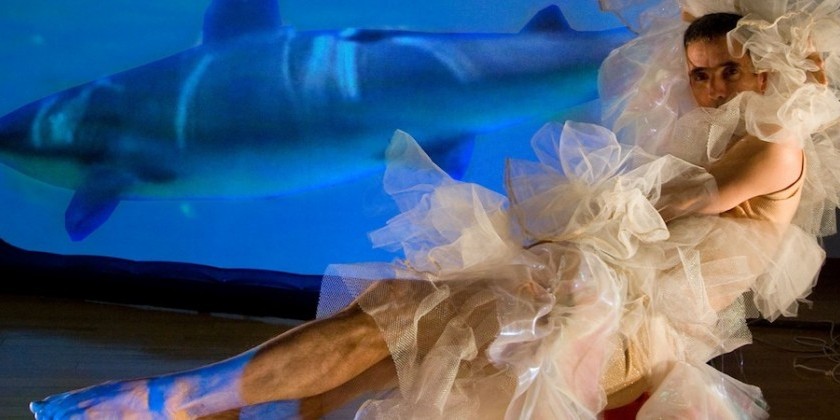 Cathy Weis Projects announces the lineup for the spring 2016 season of Sundays on Broadway, an ongoing series featuring performances, film screenings, readings, and talks on Sunday evenings in the intimate setting of WeisAcres, Cathy Weis’ SoHo loft. The spring season runs April 3 to June 5, 2016. All events begin at 6pm and are free and open to the public. WeisAcres is located at 537 Broadway, #3, between Prince and Spring Streets.

Cathy Weis expands her multi-room installation that premiered at Sundays on Broadway in March 2015. A crystal ball, constructed by Aaron Parsekian, provides a portal to works from the recent past. Performances from the early 20th century flicker in one room while dancers perform live in another.

The Young Choreographers Showcase is a recurring event conceived by Cathy Weis as a unique opportunity for emerging choreographers to present in-progress work and ideas in an informal setting. This season Weis presents Lily Gold and Kathy Wasik.

Jeremy Nelson and Luis Lara Malvacías will perform an informal duet entitled E that is part of a larger project, 3rd Class Citizen. Cathy Weis and Jon Kinzel follow with a piece that combines live performance, media, and props.

Renowned filmmaker Charles Atlas will present selections from his recent work (2010-2016). This will include excerpts from Cowboy Body (2015), based on his work with Douglas Dunn, MC9 (2012) and other pieces based on his early work with Merce Cunningham, and The Pedestrians (2011), a collaboration with Mike Tajima. He will also discuss other large-scale installations, live video works, and his current collaboration with Rashaun Mitchell and Silas Riener.

An evening with Mimi Gross and Douglas Dunn

Mimi Gross will present drawings, designs, costumes, and three-dimensional works developed over her nearly 40-year collaboration with choreographer Douglas Dunn. The presentation will be followed by a discussion.

Vicky Shick and Eva Karczag, longtime colleagues dating back to the 1980s in the Trisha Brown Dance Company (and often mistaken for each other on the street and even onstage) will investigate their differences in a small duet entitled your blue is my purple. Cathy Weis will present Down at the Courthouse, the latest iteration of her work Jury Duty, in which she dances and tells stories about being called for jury duty as her live image is projected behind her.

Film Screening and Discussion: Performing on the Screen - Films by Richard Move

Choreographer, performer, and filmmaker Richard Move will present a selection of his short, award-winning dance and performance films, including BloodWork: The Ana Mendieta Story, GIMP−The Documentary, Homage to Allan Kaprow: On the Way to Un-Art (Re-Imagined), and Bardo. These films are otherwise unavailable to the general public and this is the first occasion at which they will be screened together. The presentation will be followed by a discussion with Move.