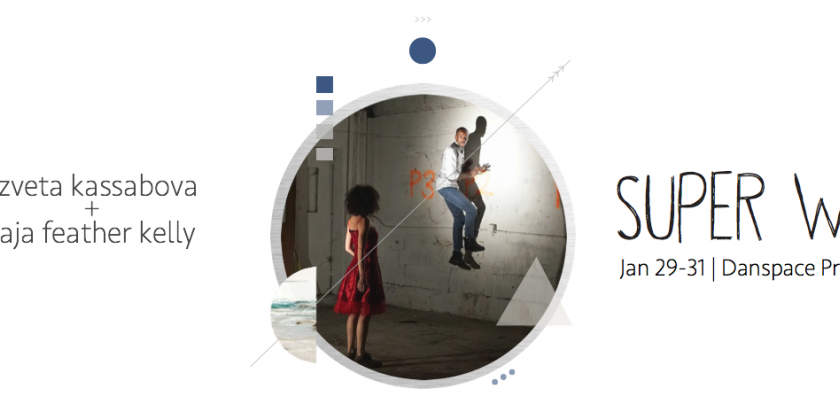 ABOUT THE WORK
Dance Magazine's 2012 'Top 25 to Watch' Bulgarian-born dancer/choreographer Tzveta Kassabova and acclaimed dance artist Raja Feather Kelly  have both performed with David Dorfman Dance and Colleen Thomas Dance and first met and worked together under the artistic direction of Sara Pearson of Pearsonwidrig Dance Theater (Bowie, MD). They quickly became interested in one-on-one collaboration, exploring dance as a visual from through highly virtuosic physicality. The evening’s program has been gradually developed over the last two years; all pieces have been presented before in Washington, Florida, Maine, Maryland, and Washington, D.C. (It was a National Selection for performance at the Kennedy Center.)

The title piece Super WE is a movement journey that parallels the relentlessness of contemporary life. Rapid and interminable, the performance relies on rhythm as movement, as sound, as pattern, and as metaphor. The collaborators highlight the complexity of human interaction, both through and with each other and through and with space.