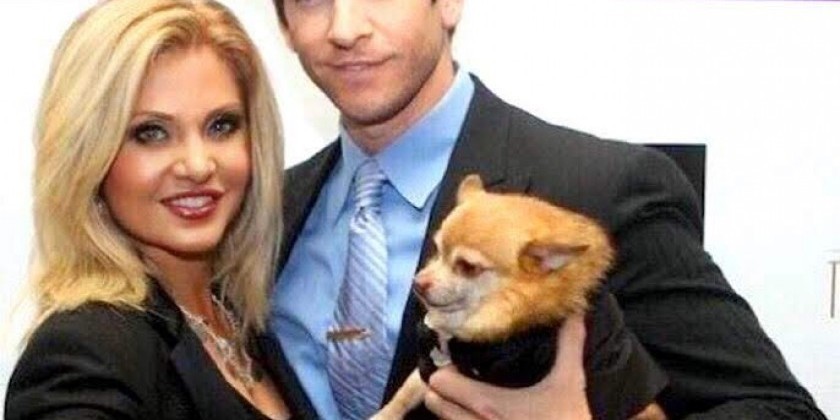 Best in Shows, a star-studded cabaret evening benefiting the Humane Society of New York, will honor Broadway stars Andy Karl and Orfeh on Monday, October 14 , 2019 at 7 pm at Feinstein’s 54 Below.  Karl and Orfeh be awarded the Humane Society of New York’s Sandy Fund Award in recognition of their deep concern and support of the needs of rescued animals.

The sixth annual Best in Shows - Broadway Legends Honor the Humane Society of New York, presented by Dorothy and Bill Berloni, will have music direction by Seth Rudetsky, who will also host the star-studded show featuring Broadway’s brightest performers, joined by surprise two and four-legged guests, to be announced.

The cabaret show will begin at 7:00 pm.  There will be a post-performance reception with cast members for premium ticket buyers.

“I’ve met some of the most hard-working, generous, and kind people through the animal rescue world. It’s very important to us to be the voice for the voiceless, and we’ve been involved with some of these organizations our entire marriage,” said Orfeh. “We are thrilled to be honored by the Humane Society of New York.”

Andy Karl is an Olivier Award-winning American stage, TV, and film actor. Karl's wide variety of stage roles include Edward in Pretty Woman The Musical, Phil Connors in Groundhog Day (Olivier Award, Outer Critics Circle Award, Tony and Drama Desk nominations), Rocky Balboa in Rocky The Musical (Tony nomination), Bruce Granit in On The Twentieth Century (Tony nomination), Kyle the UPS Guy in Legally Blonde The Musical, and Tommy DeVito in Jersey Boys. Other theater includes Wicked, 9 to 5, The Wedding Singer, The Mystery of Edwin Drood and Altar Boyz. On television, Karl is perhaps most well-known for his role as Sgt. Mike Dodd’s in Season 17 of “Law & Order: Special Victims Unit.” Karl met his wife Orfeh while they were both appearing in Saturday Night Fever on Broadway, and the couple married in 2001. Karl and Orfeh live in Manhattan, New York City with their rescue dogs.

Tony and Grammy Award nominee Orfeh most recently starred as Kit De Luca in Pretty Woman the Musical on Broadway.  Other theater credits include: Broadway: Paulette in Legally Blonde: The Musical (Tony, Drama Desk, Outer Critics Circle Award nominations, Broadway.com Audience Award), Saturday Night Fever, Fascinating Rhythm, Footloose. Off Broadway: Love, Loss, and What I Wore, Trailer Park…, Love, Janis. TV/Film: Sleeping with the Fishes (with Gina Rodgriguez), Across the Universe, Film U, L&O CI, Sex and the City, Chappelle's Show. Her extensive recording career includes music with '90s top-40 group Or-N-More. She has performed with many music icons from legends the O'Jays to Chaka Khan. Recordings include: solo CD "What Do You Want From Me" and a live album recorded with her husband Andy Karl titled "Legally Bound - Live at Feinstein's/54 Below.

Seth Rudetsky spent many years on Broadway as a pianist and conductor as well as two years as a comedy writer on “The Rosie O’Donnell Show” (three Emmy nominations).  He is the afternoon deejay on the SiriusXM Broadway channel as well as the host of “Seth Speaks.” He’s performed his show, Deconstructing Broadway in London, Boston (Irne award) and L.A. (with Barbra Streisand in the audience!), and co-wrote and co-starred in Disaster! on Broadway, which was a NY Times Critic's pick. He wrote Seth’s Broadway Diary Volume1, 2 and 3 (Dress Circle Publishing) and  two young adult novels (Random House).  HIs family has a rescue kitty named Romeo from City Vet, two rescue doggies (Mandy & Bagel) from Animal Care Center, a rescue doggie named Mateo whom he and his husband James met when they organized an outing to the local animal shelter in Puerto Rico during a stop on Seth's Big Fat Broadway Cruise and even newer addition named Chrissy whom they adopted when their Broadway cruise visited a shelter in Aruba! In 2016, he and James produced the “What the World Needs Now Is Love” recording with Broadway Records featuring Idina Menzel, Audra MacDonald, Orfeh, Gloria Estefan and so many more, to help the victims and families of the Orlando shooting. Watch for their next star-studded Concert For America in September which will benefit the National Immigration Law Center. More info at sethrudetsky.com

Bill and Dorothy Berloni met over twenty years ago and have been rescuing and training animals ever since. Their new musical Because Of Winn Dixie is currently running at the Goodspeed Opera House, where Bill’s career as an animal trainer was launched when he rescued and trained the original Sandy for the world premiere of Annie. Winn Dixie is the first theater piece to showcase the human/animal bond using a real rescue dog as the star. The Tony-honored Berloni’s rescued animals have starred in many of Broadway, television and Hollywood’s biggest shows and movies, most recently the goose and rabbit appearing in The Ferryman on Broadway. Bill is the recipient of a special 2017 Drama League Award for “Unique Contribution to the Theatre,” and has received special recognition from the Outer Critics Circle. The Berloni animals (who are all rescued), their family and the Humane Society of New York have been showcased in the reality series “From Wags to Riches with Bill Berloni” on the Discovery Family Channel. Bill and Dorothy focus their efforts on helping the Humane Society of New York, where Bill is Director of Animal Behavior and Training. Once again, they are bringing their two worlds together - the Humane Society of New York and Broadway - to help raise money for animals in need and recognize people who champion animal welfare.

The Humane Society of New York has been a presence in New York City for over 100 years, caring for animals in need when illness, injury or homelessness strikes. Founded In 1904 to protect the city's horses against abuse, the Society soon expanded to include a free medical clinic and adoption center for cats and dogs. Today the Humane Society of New York’s hospital and Vladimir Horowitz and Wanda Toscanini Horowitz Adoption Center help more than 38,000 animals annually.