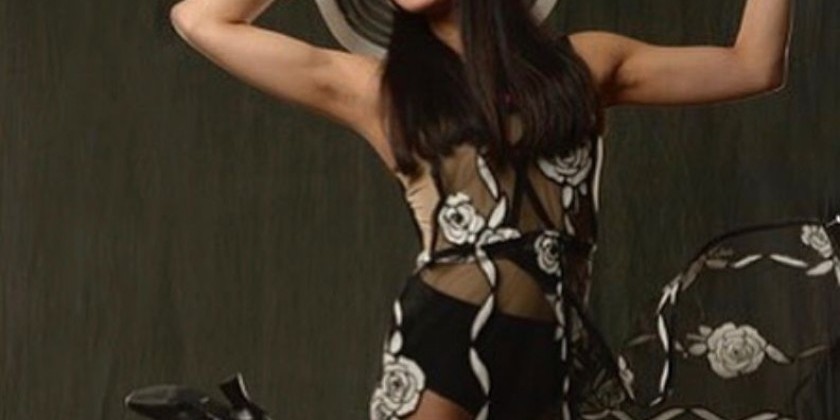 The Bridge, Nai-Ni Chen's Virtual Dance Institute of boundary-breaking dance experiences and Free One-Hour Company Class is open to all dancers at an Intermediate to Advanced Level with Guest Master Artists and Company Dancers August 17-21 at 12pm EDT on Zoom. Interested dancers can join the class by registering on Nai-Ni Chen Dance Company's website: http://nainichen.org/company-class.

The Bridge Classes are as follows:

For the week of August 17, The Bridge at Nai-Ni Chen is honored to host two guest artists: Andrij Cybyk, a New Jersey-based Master artist of folk ballet of Ukraine, will teach a Character Ballet and Ukrainian folk dance class; and Mary Verdi-Fletcher and Sara Lawrence Sucato, both master teachers and pioneers in the physically integrated dance field where people of different abilities work together to develop amazing dance. Mary Verdi-Fletcher is the founding artistic director of Dancing Wheels, the United States’ first company with dancers who are on wheelchair. Mary and Sara will offer an exploration of physically integrated dance with methodologies used in their published manual.  The session will introduce translation and adaptive movement approaches used between sit-down and stand-up dancers in class, choreography, and partnering.

In the midst of the COVID-19 crisis, the Nai-Ni Chen Dance Company is keeping its dancers in shape by conducting regular Company Classes and rehearsals online from Nai-Ni and Company dancer's living rooms using Zoom while inviting intermediate/advanced level dancers around the world to join the class at no cost.  These classes have received overwhelmingly positive reception with more than 300 registrants.  The Company took 3 weeks off in July.  On July 20th,  Nai-Ni Chen is re-launching the classes and renamed the program: The Bridge.  The new title signifies the Company's focus on supporting artists of color whose practices are embedded in the community and are focused on advancing the art of dance. The mission is, through cyberspace, to provide the physical experience in the boundary-breaking dances from the BIPOC (Black, Indigenous & People of Color) Community..

As a virtual dance institute, The Bridge will invite world renowned as well as up and coming dancers and choreographer to come to guest teach the Company class.  Advanced/Intermediate level professional or pre-professional dancers who are looking to explore beyond their own boundaries and looking for new dance experiences are encouraged to participate.  The core program is based on Nai-Ni Chen's Kinetic Spiral, which is a cross-cultural dance program that integrates the Chinese martial arts philosophy in TaiChi with contemporary dance practices she studied in America.  Guest artists will cover a wide range of folk and classical dance styles.  Dancers are encouraged to take the class daily.

Andrij Cybyk is American by birth, Ukrainian by heritage, and Gypsy at heart. He began his dance training in Ohio, where he studied Ukrainian and Character dance with Dave Wozniak and Markian Komichak in the ensemble Kashtan and Ballet at the University of Akron Conservatory of Dance. Andrij Cybyk has devoted his professional career to the study and performance of traditional dance, largely of the Eurasian Region. He holds the title of Artist of Folk Ballet from the Virski School of Academic Ukrainian Folk Dance in Kyiv, Ukraine, and has taught for numerous organizations, including Dance Masters of America. Andrij has toured the world performing the traditional dances of the Eurasian region with companies such as Riverdance, the Duquesne University Tamburitzans, Nai Ni Chen Dance Company, ALLNATIONS Dance Company, Barynya, and Michael Mao Dance, among others. He is the former Artistic Director of the Syzokryli Ukrainian Dance Ensemble of NYC and the current Artistic Director of the Iskra Ukrainian Dance Ensemble and Academy of Whippany, NJ. Andrij holds a BA in Philosophy and Psychology from Duquesne University.

Mary Verdi-Fletcher, President/Founding Artistic Director of the Dancing Wheels Company & School, has been a pioneering force in the development and success of physically integrated dance worldwide for four (4) decades. She founded the Dancing Wheels Company in 1980, and the School in 1990, offering full and equal access to the arts. The Worldwide Center for Integrated Dance & Arts Access is now most sought after for training. One of America’s first professional wheelchair dancers, she has worked with esteemed artists Donald McKayle, David Roussève, Dianne McIntyre, Dennis Nahat, Keith Young, Ben Vereen and Christopher Reeve. In her early career, she helped create the first Independent Living Center in Ohio.  She also took a militant stand, capturing buses in Cleveland, to ensure people with disabilities could ride public transportation leading to every public bus in the nation being accessible.  In 2014, Mary was awarded the Henry Viscardi Achievement Award, which pays tribute to exemplary leaders in the disability community.

A blossom of color, energy and motion, “like endlessly proliferating forces of cosmic energy,” says the New York Times.

Bringing the dynamic freedom of American modern dance together with the elegant splendor of Asian art, the Nai-Ni Chen Dance Company is one of the most visible Asian American dance companies in America. Ms. Chen's unique choreography transports audiences beyond cultural boundaries to the common ground between tradition and innovation, discipline and freedom, and form and spirit. Since its inception in 1988, the company has earned a broad base of public support and has toured extensively to major performing arts centers throughout more than thirty states. Presented by some of the most prestigious concert halls in the United States, from the Joyce Theater in New York to the Ordway Center in Minnesota and the Cerritos Center in California, the Company has mounted more than twenty national tours and nine tours abroad. Ms. Chen’s work has been presented by such acclaimed international festivals as the Silesian International Contemporary Dance Festival and the Konfrontations International Dance Festival, both in Poland, the Chang Mu International Arts Festival in Korea and the Meet in Beijing International Arts Festival. The Company was also honored by a distinctive grant award from both the President's Committee on Arts and Humanities and the Department of State to represent the United States in a seven-city tour arranged by the Tamaulipas International Arts Festival in Mexico. Also, the Nai-Ni Chen Dance Company has the unique honor of having received more than fifteen awards from the National Endowment for the Arts and numerous Citations of Excellence and grants from the New Jersey State Council on the Arts. In addition to its extensive season of touring and performing, the company has developed Arts in Education residency programs in school districts to bring culture and arts into educational settings. It’s colorful and engaging in-school assembly program “The Art of Chinese Dance” has been presented in hundreds of schools in NJ, NY, CT and PA, reaching hundreds of thousands of youth. The Company is currently in-residence at New Jersey City University and assisting