The Genius of Geoffrey Holder: A multi-media exhibition 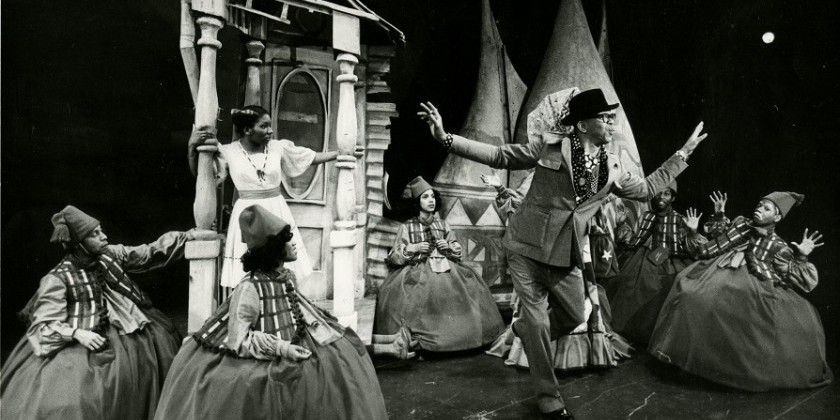 The Genius of Geoffrey Holder

Born and trained in Trinidad, Geoffrey Holder revealed his genius in his long career in dance, theater, film, music, and art.   As a choreographer, designer, director and actor, Geoffrey Holder is well represented in all of the research and circulating collections of The New York Public Library for the Performing Arts.  The multi-media exhibition will cover his performing career, his Tony-award winning work as director and costume designer for The Wiz, and contributions to the repertory of the Alvin Ailey Dance Company and Dance Theatre of Harlem. Presented in association with Lincoln Center Out of Doors.

Photo: Director Geoffrey Holder, demonstrating for Stephanie Mills, as Dorothy, and the Munchkin chorus in The Wiz (1975). Martha Swope Collection.