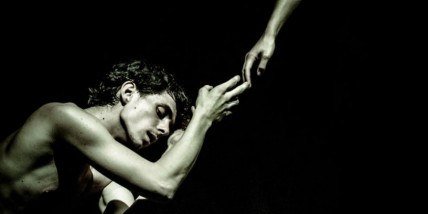 the premiere of a new dance film The Ballet of the Nations based on Vernon Lee’s pacifist satire and narrated by actor Billy Zane:

Bristol-based Impermanence create and present performance pieces that set out to defy and challenge contemporary theatre norms. This autumn sees them give three performances of their dancework SEXBOX and premiere their first short feature film, The Ballet of the Nations.

SEXBOX sits somewhere between conventional contemporary dance work, fashion show, cabaret night, art installation, punk gig and music video. It brings to life a dark sci-fi world where ideas of gender fluidity, queer expression and sexual liberation are explored through the lens of pioneering electronic musician, Ursula Bogner. Working from her DIY studio in 60s suburban Germany, Bogner was inspired by the controversial feminist psychoanalyst Wilhelm Reich who believed the healthy expression of sexual energy was the route to salvation.

Bogner’s music is mixed with that of other composers and archive interviews between Bogner and Reich themselves in a soundscape designed by Daniel Hay-Gordon with Eleanor Perry. Pam Tait’s retro designs reflect Reich’s idealist dream.

The tenth Cambridge Festival of Ideas hosts the premiere of Impermanence’s first short feature film The Ballet of the Nations narrated by Hollywood actor Billy Zane whose credits range from Titanicto Twin Peaks.

The 50-minute film was inspired by the 1915 pacifist satire, The Ballet of the Nations, written by Vernon Lee and illustrated by Maxwell Armfield as a response to World War One. Impermanence’s film incorporates original dialogue and a narrative of intricate stylised dance pieces inspired by Lee’s text which imagines war as a diabolical dance choreographed by Satan and Death. The dance descends into a massacre, locking the nations of the world into an endless cycle of slaughter and mutilation.

Directed by Impermanence’s co-founders Roseanna Anderson and Joshua Ben-Tovim making their directorial debut, The Ballet of the Nations was shot across various locations in England in summer 2018 including Brean Down, Sandham Memorial Chapel and the tunnels under Bristol Temple Meads.

The Ballet of the Nations

The film screening will be followed by a Q&A and discussion with Impermanence, Dr Claudia Tobin (University of Cambridge) and Dr Grace Brockington (University of Bristol).

There will a further 13 screenings of The Ballet of the Nations including a London screening, dates to be announced soon.