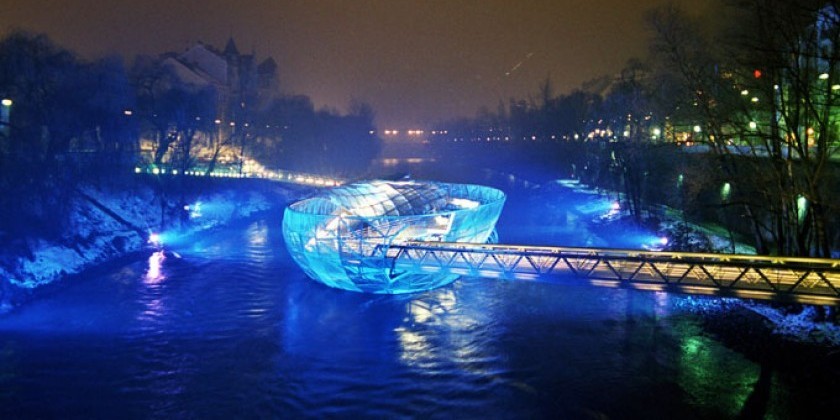 Vito Acconci’s design & architecture comes from another direction, from backgrounds of writing & art. His poems in the late 60’s treated language as matter (words to look at rather than through) & the page as a field to travel over; his performances in the early 70’s helped shift art from object to interaction; later in the 70’s, his installations turned museums & galleries into interactions between spaces & people; in the early 80’s, his architectural-units were meant to be transformed by users. By the late 80’s his work crossed over & he formed Acconci Studio, a design firm that mixes poetry & geometry, computer-scripting & sentence-structure, narrative & biology, chemistry & social-science.