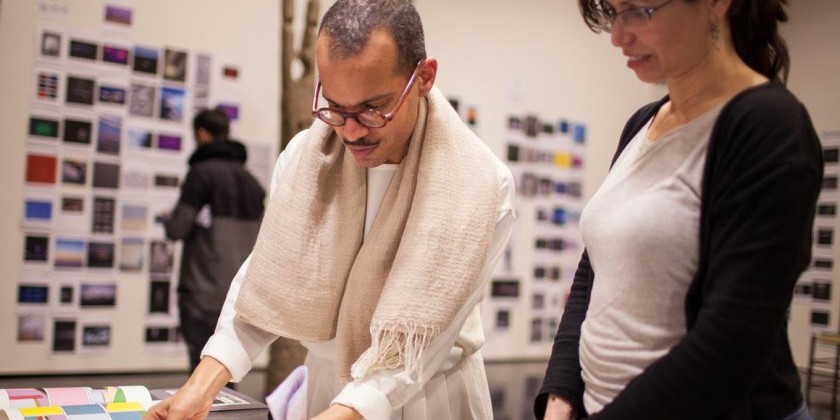 NEW YORK, NY (March 2, 2016) — From March 2, 2016 through April 29, 2016, The Watermill Center—which celebrates the 10th anniversary of its East End home in Water Mill, NY throughout 2016—will be accepting applications for its 2017 Artist Residency Program. Watermill invites artists to submit ambitious proposals for the creation of work that critically investigates, challenges, and extends the existing norms of artistic practice. Details about the application and program are available at watermillcenter.slideroom.com.

The Watermill Center Artist Residency Program celebrates its 10th anniversary in 2016. The program was inaugurated when the Center officially opened as a year-round facility in Water Mill, New York in 2006. International in scope, each year up to thirty individual artists and collectives take up residence at the Center to create original works that critically investigate, challenge, and extend the existing norms of performance practice. By June of 2016, the Center will have hosted over 200 residents.

Taking place during the winter, fall and spring, the Residency Program provides artists with the opportunity to utilize The Watermill Center as a home and a workshop to create and develop their own work. Each residency will last from two to four weeks during January through May and September through December 2017. The selection committee is composed of distinguished international artists, academics, and cultural leaders across all disciplines. Artists from within and outside the United States are encouraged to apply. Watermill welcomes proposals from performing artists, visual artists, curators, dramaturges, puppeteers, architects, composers, filmmakers, culinary artists and writers. Watermill also welcomes research proposals from established scholars.

Former residents have also performed work created and developed at Watermill at venues and festivals including the New Museum, Roulette, PS122, American Realness, Clocktower Gallery, Performa, Vienna’s Donaufestival, Kampnagel in Hamburg, CPR - Center for Performance Research, and the Baryshnikov Arts Center, among others.

To find out more about the program, please visit watermillcenter.org/programs/residencies.