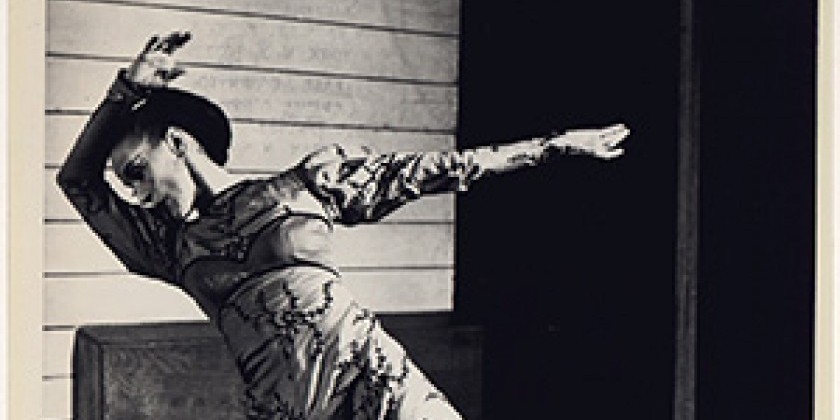 Performances on April 1 and 2 spotlight two landmark Graham works for which both choreography and music were commissioned by the Library’s Elizabeth Sprague Coolidge Foundation: the 1944 ballet "Appalachian Spring," with music by Aaron Copland, now an icon of American culture; and excerpts from "Dark Meadow," scored by Carlos Chávez. Also on the roster is Graham’s "Cave of the Heart," with a score by Samuel Barber. Educational programs designed to enhance the festival experience offer conversations with the artists, lectures and film screenings. Four events explore the 40-year friendship and collaboration between Martha Graham and Japanese-American artist Isamu Noguchi, who created sets for all three Graham works performed in the festival.

Choreographer, dancer and filmmaker Pontus Lidberg has created dance works for stage and film since 2000. His career encompasses commissions for the Semper Oper Ballet Dresden, Ballets de Monte-Carlo, the Royal Swedish Ballet and Swedish National Television, among others; award-winning work as Resident Artistic Director of Morphoses; and acclaimed films including "Labyrinth Within" and "The Rain." His company Pontus Lidberg Dance has a strong international presence, with recent tours to Canada, Cuba and the U.S., where his work has been featured by Guggenheim Works & Process, ABT Studio Company and The Joyce Theater. He has received support from The Barbro Osher Pro Suecia Foundation, the Jerome Robbins Foundation and the Louis Vuitton Moët Hennessy Foundation, among others. Lidberg has been awarded The Vilcek Foundation/Prize for Creative Promise in Dance, as well the 2012-2013 Choreography Fellowship from New York City Center and a 2013 Blodgett Distinguished Artist-in-Residence award, co-sponsored by Harvard University's Department of Music.

The "Concerts from the Library of Congress" series is made possible through the generous support of the endowments given to the Library by private donors. The series is presented free of charge to the public but requires tickets for admission. Tickets for events in the series are distributed through Eventbrite. Patrons may obtain tickets via loc.gov/concerts/ or via the free app for iOS or android. Tickets are not required to attend pre-concert presentations or weekday daytime programs.

Rush Passes for Sold-Out Events
Please note: Some festival events will be listed as sold out. However, a limited number of rush passes will be available, at no cost, two hours before performances and 30 minutes prior to lectures and films. Patrons are strongly encouraged to try for a rush pass at the door. Due to no-shows and returned tickets, some seats are often available for sold-out performances at curtain time. Rush passes are offered on a space-available basis. Seats are not guaranteed.

Events will be held in the Thomas Jefferson Building, 10 First Street, S.E., or in the James Madison Memorial Building, 101 Independence Ave. S.E., both in Washington, D.C. Please see individual listings for specific locations.

Saturday, March 26, 11 a.m.
LJ G-32, Jefferson Building
#Declassified: "Oct. 30, 1944: Witness to the World Premiere of ‘Appalachian Spring,’" Nicholas Alexander Brown, Music Division. The world premiere of "Appalachian Spring" brought many of the leading figures in American culture to the Coolidge Auditorium. Re-live this pivotal night in contemporary music and ballet history through the letters and stories of the people who comprised the audience. Free, tickets required

Saturday, March 26, 2 p.m.
Mary Pickford Theater, Madison Building
Film Screenings: "Isamu Noguchi: The Sculpture of Spaces" (1995, Directed by Kenji Hayashi and Charlotte Zwerin, 53 min.). One of the 20th century’s most influential artists, Isamu Noguchi created a formidable body of work as sculptor, landscape architect and designer. "The essence of sculpture is for me the perception of space, the continuum of our existence," he stated, a belief that animates his designs for public parks and gardens that nurture the spirit, including the UNESCO gardens in Paris, and his designs for Martha Graham’s ballets, shown in this meditative film narrated by the artist.

"Isamu Noguchi" (1972, Directed by Christian and Michael Blackwood, 30 min.). A beautifully shot portrait from the 1970s presents Noguchi in locations that held personal and artistic significance, including Constantin Brancusi’s Paris studio and Spoleto, where he is filmed talking with his friend Buckminster Fuller.

"A Dancer’s World" (1957, Directed by Peter Glushanok, 31 min.). This black-and-white film captures the essence of Martha Graham at the peak of her powers as a pioneering force in modern dance. Graham is featured in a rehearsal setting, with then-innovative camera work that would influence later techniques for filming dance. The producer was Nathan Kroll, an award-winning television and film programmer noted for documentaries on such artists as Pablo Casals and Jascha Heifetz. Free, tickets required

Saturday, April 2, 5 p.m.
Whittall Pavilion, Jefferson Building
Panel Discussion: "On Pointe: Composing for Dance at the Library of Congress." A discussion of the Library’s history in commissioning dance, and a look at the works performed in the festival. Speakers to be announced. Free, no tickets required.