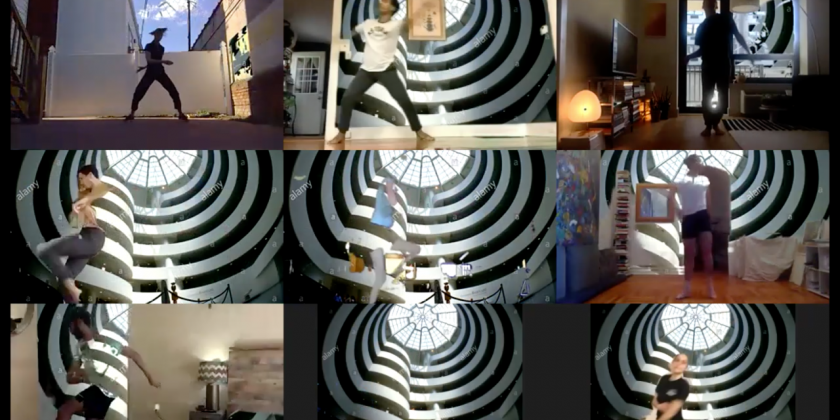 Works & Process, the performing arts series at the Guggenheim, is proud to announce August premieres for Works & Process Artists (WPA) Virtual Commissions. New commissions are posted on Facebook, Instagram, and YouTube (@worksandprocess) every Sunday and Monday at 7:30 pm.

"While it may be some time before we can once again see performances like these in real time and space, this year's Works & Process affirms that even when circumstances are constrained, creativity can still take flight and soar." - The Wall Street Journal

Since April, in direct response to the pandemic and to financially support artists and nurture their creative processes during these challenging times, Works & Process, the performing arts series at the Guggenheim, has presented Works & Process Artists (WPA) Virtual Commissions. Through the generosity of our board and donors, over $150,000 in commissioning funds is being granted to over 100 artists to produce new video works while social distancing. Each under five minutes long, these virtual performances spotlight leading creators who have participated in past Works & Process programs.

(Participating artists as of July 23)

And what a wonderful way to support the dance community. Obviously, all of their performance fees are gone, but also so many work in restaurants or as yoga instructors and those gigs are on hold as well. I was just thinking about how I didn't know where my next dollar was going to come from and you answered that!

I'd love to donate my fee to a dancer who cannot legally file for unemployment and is stuck in New York.

I'm so happy to hear that you've reached out to so many artists in my web of collaborators -- I'm, of course, experiencing personal hardship, but I'm much more broken up about the hardship that my collaborators are experiencing. Thanks for what you do.

As soon as I read your email my head started going on ideas and I started experimenting. Thanks for reaching out and triggering my brain to experiment at home during this time!

Works & Process at the Guggenheim
Described by The New York Times as "an exceptional opportunity to understand something of the creative process," for 35 years, New Yorkers have been able to see, hear, and meet the most acclaimed artists in the world, in an intimate setting unlike any other. Works & Process, the performing arts series at the Guggenheim, has championed new works and offered audiences unprecedented access to generations of leading creators and performers. Most performances take place in the Guggenheim's intimate Frank Lloyd Wright-designed 273-seat Peter B. Lewis Theater. In 2017, Works & Process established a new residency and commissioning program, inviting artists to create new works, made in and for the iconic Guggenheim rotunda. In 2020, Works & Process Artists (WPA) Virtual Commissions was created to financially support artists and nurture their creative process during the pandemic. worksandprocess.org.