Works & Process at the Guggenheim presents "The Choreography of Light" 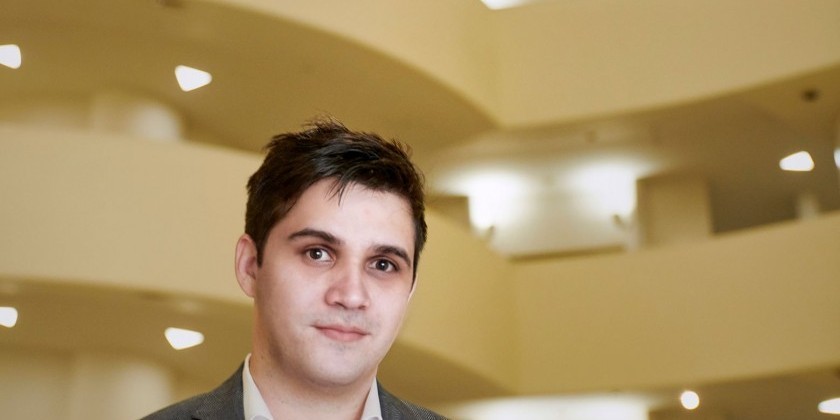 Company:
Works & Process at the Guggenheim

The Choreography of Light by Brandon Stirling Baker

Works & Process at the Guggenheim presents The Choreography of Light by Brandon Stirling Baker on Friday, January 18 at 7:30pm and Sunday, January 20 at 7:30pm.

Explore the past, present, and future of lighting for ballet with visual artist and Boston Ballet lighting director Brandon Stirling Baker. A frequent collaborator with choreographer Justin Peck and a diverse group of artists including Anthony Roth Costanzo, Benjamin Millepied, Sufjan Stevens, Jamar Roberts, Michelle Dorrance, Emery LeCrone, and Shepard Fairey, Baker will present this world premiere developed through the Center for Ballet and the Arts at New York University. Inspired by the close relationship between choreography and lighting design, this program will feature an excerpt of brand-new choreography by Justin Peck for an upcoming Houston Ballet premiere performed by Chun Wei Chan, Harper Watters, and Jessica Collado; new music by Sufjan Stevens; and new choreography by Jamar Roberts performed by Patricia Delgado, Sarah Daley, and Taylor Stanley. New York Times dance writer Marina Harss will moderate the discussion.

Lead funding for Works & Process is provided by The Florence Gould Foundation, The Christian Humann Foundation, Mertz-Gilmore Foundation, Stavros Niarchos Foundation, Rockefeller Brothers Fund, and the Evelyn Sharp Foundation, with public funds from the National Endowment for the Arts and New York City Department of Cultural Affairs in partnership with the City Council.

Described by The New York Times as "an exceptional opportunity to understand something of the creative process," for over 34 years and in over 500 productions, New Yorkers have been able to see, hear, and meet the most acclaimed artists in the world, in an intimate setting unlike any other. Works & Process, the performing arts series at the Guggenheim, has championed new works and offered audiences unprecedented access to generations of leading creators and performers. Most performances take place in the Guggenheim's intimate Frank Lloyd Wright-designed 285-seat Peter B. Lewis Theater. In 2017, Works & Process established a new residency and commissioning program, inviting artists to create new works, made in and for the iconic Guggenheim rotunda.