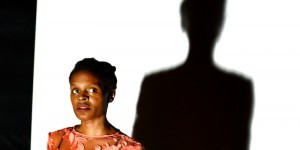 MacArthur today named its 2018 class of MacArthur Fellows, recognizing 25 exceptionally creative individuals with a track record of achievement and the potential for significant contributions in the future. Among the esteemed-group of individuals are choreographer and performer Okwui Okpokwasili and filmmaker and performance artist Wu Tsang.

Fellows will each receive a no-strings-attached stipend of $625,000, paid out over five years. The Fellowship comes with no stipulations or reporting requirements, and allows recipients maximum freedom to follow their own creative visions.

"Working in diverse fields, from the arts and sciences to public health and civil liberties, these 25 MacArthur Fellows are solving long-standing scientific and mathematical problems, pushing art forms into new and emerging territories, and addressing the urgent needs of under-resourced communities. Their exceptional creativity inspires hope in us all," says Cecilia Conrad, Managing Director, MacArthur Fellows Program.

Okwui Okpokwasili is a choreographer and performer making visible the interior lives of women whose stories of resistance and resilience have been left out of dominant cultural narratives. She received a B.A. (1996) from Yale University. Her performance work has been commissioned by the Walker Art Center, Danspace Project, Performance Space New York, the Center for the Art of Performance at UCLA, the 10th Annual Berlin Biennale, and Jacob’s Pillow, among other institutions. She has held residencies at the Maggie Allesee National Choreographic Center, the Lower Manhattan Cultural Council, the Rauschenberg Foundation Captiva Residency, and New York Live Arts, where she was a Randjelovic/Stryker Resident Commissioned Artist. She is currently a Hodder Fellow at Princeton University’s Lewis Center for the Arts.

Wu Tsang is a filmmaker and performance artist creating new conceptual and visual vocabularies for exploring hidden histories and marginalized narratives in works that collapse the boundaries between documentary and fiction. Wu Tsang received a B.F.A. (2004) from the School of the Art Institute of Chicago and an M.F.A. (2010) from the University of California at Los Angeles. Other films by Tsang include We hold where study (2017), Girl Talk (2015), Damelo Todo (Gimme Everything) (2010), and Shape of a Right Statement (2008). Tsang’s work has been exhibited or screened at Tate Modern London, Kunsthalle Münster, Stedelijk Museum, the Whitney Museum of American Art, the Solomon R. Guggenheim Museum, and the Museum of Contemporary Art Chicago, among many other national and international venues.