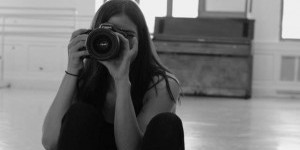 Alongside making their own work, Impermanence are dedicated to also shining a spotlight on the work of others as a way to stay connected with the avant-garde, and develop audiences and spaces where dance is shown as an art form. Impermanence have been curating dance work at Bristol Old Vic since 2019, most recently, performing in the theatre’s newly imagined Courtyard space in 2020 to a socially distanced audience. These new films reflect both sides of the company’s work; creating art and showcasing brilliant artists whose work inspires.

The first release, One More Edit (running 12-24 April), is a collection of works made for film from some of the most exciting artists working in dance, from the UK and overseas. This programme of evocative and inspiring dance works is curated by Impermanence and includes up-and-coming talent, contemporary artists and iconic choreographers, including ‘Edits Film’ by Marisa Zanotti - a poetic document from 2014 of the final performance by Lea Anderson's all male company The Featherstonehaughs.

With costumes by three-time Oscar Winner Sandy Powell, Anderson's choreography imagines that Fassbinder's seminal film The Bitter Tears of Petra Von Kant is a score for the show’s choreography. Tune in for a tumultuous tour through the potential that is created by combining dance and the moving image.

Lady Blackshirt is the second in the online dance programme. A new feature length experimental film from Impermanence, looking back at the growth of modernism and the accompanying radical ideologies of the early twentieth century. Born out of a research project where Impermanence commissioned 100 artists to respond to articles and extracts from early modernist magazines, the film is an abstract-dance-based-collage work, with new material filmed on the Bristol Old Vic stage during lockdown. It will join the digital stage from 10-22 May.

The film takes its name from one of the featured stories, that of Suffragette Mary Richardson, who in 1914 vandalised a painting of Venus in the National Gallery in protest at Emmeline Pankhurst’s imprisonment, but who would later go on to lead the Women’s section of the British Union of Fascists. The film scours through the political ambiguity that existed then and is mirrored today, where a fraternisation of opposites emerges when the status quo or centre ground becomes eroded.

The dance world has never felt more open that it does now, no one is quite sure what will happen next. For those with a lot to lose, that’s been deeply upsetting, but it also feels exciting; anything can happen, and hopefully whatever does will have a cathartic revolutionary energy about it. Dance is there to celebrate, connect and transcend, all of which sound like a good idea at the moment!”

DANCE NEWS: Dancing Beyond 2022 Supports The American Cancer Society with Dance Against Cancer