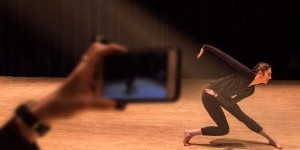 New SVoD Platform for Arts and Culture Launches in US, Canada and The UK

July 2018 marks the launch of Marquee.TV, an SVoD service for arts and culture content. Designed for a 21st century audience, Marquee.TV partners with leading global arts organisations and draws world-class content from international broadcasters as well independent producers. Having run in beta for 6 months, the service is now available via native apps on iOS and Android, Apple TV, and Amazon Fire for £8.99 per month ($8.99 in the US).

The Marquee.TV platform, offering dance, opera, music, theatre, and documentary content was conceived by a team of media tech entrepreneurs who were also behind the UK’s BBC iPlayer and the ground-breaking US platform TenduTV. Marquee.TV is the only platform offering such a diverse mix of on-demand content from the most recent productions from artistic powerhouses the world over - including Opus Arte who deliver productions from the Royal Opera House and Glyndebourne. Marquee.TV also handpicks a range of new productions and independent performances that are typically performed live at venues such as Sadler’s Wells and Jacob’s Pillow Dance Festival as part of tours across Europe and North America.

Marquee.TV has been created as a direct response to the needs of both audiences and arts organisations. By making hundreds of hours of content available through the platform, Marquee.TV is providing a new avenue of access to the arts, complementing the findings in a recent report from Arts Council England that showed more cost-effective access to productions outside the fixed times of performances was highly desired by younger audiences.

And as arts organisations look for ways to monetise and gain maximum exposure for their previously under-used digital content, Marquee.TV offers the technology to do so. Content can be viewed on any device and be seen in HD quality, creating a far superior user experience to previous culture projects on platforms like YouTube.  Marquee.TV is also working on a product roadmap which will deliver further features such as a loyalty program, ticketing integrations and experiential content that is not delivered by any other platform.

“Watching performances on-demand is a distinct experience from heading to the theatre and is opening up cultural content to an arts-curious generation. We can already see from our beta trial that people are using the platform to search and discover: one of our most-viewed productions is a mind-blowing adaptation of A Midsummer Night’s Dream by one of the world’s most talked-about choreographers,

In addition to Walker, New York based co-founders Kathleya Afanador and Marc Kirschner have brought their previous TenduTV experience to bear as well as long-standing connections in the arts and culture community. Commenting on the evolution of performance arts, Afanador said:  “Marquee.TV is a solution for the entire cultural ecosystem - from independent artists to the largest institutions. For us this is about helping secure an exciting future for today’s creators through progressive digital partnerships. Some of our arts organisation partners are already seeing Marquee.TV as the only platform they want to see their content on.”

Newly appointed MD, John Armah will bring digital growth and subscription experience from roles at NBC UNIVERSAL and the Financial Times, and cultural arts knowledge as a Trustee of the world’s largest participative arts charity, The Big Draw. Marquee.TV’s catalogue is selected by our experienced content acquisition team with the aid of our Curator-at-Large, former BBC and now NPR Radio arts broadcaster Clemency Burton-Hill.

Freidman Hottenbacher's Acting for Freedom is the story of how one of Europe's most innovative production companies started as a force of resistance against Alexander Lukashenko's Belarussian dictatorship.