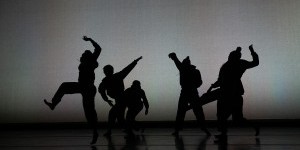 The New York Public Library for the Performing Arts' Jerome Robbins Dance Division announced today that it has acquired the Trisha Brown Archives. Filled with materials related to the groundbreaking dancer and choreographer's life and career, as well as the working papers of her still-active company, the Trisha Brown Dance Company,  the Archives is an invaluable resource for understanding Brown's work and her enduring impact on the performing arts. Notably, the Archives includes a veritable treasure trove of recorded materials that document both rehearsals and performances spanning Brown's career.

The vast majority of the more than 4,300 audio and moving-image materials in the Trisha Brown Archives are unique, comprising performance documentation, performance for camera, and preparatory material that dates back to 1966. Three hundred "Building Tapes" exist within the Archives, representing some of the most exciting aspects of the collection. These tapes document how Brown built her work in the rehearsal studio, and each tape is connected to a series of Building Notebooks and scores, also part of the collection. Beginning in 1990, Brown began to document her rehearsal and creative process in a methodical way, enhancing each recording with textual documentation and analysis of the moving-image content.

The Building Notebooks in the collection were produced between 1994 and 2011 by Brown’s former choreographic assistant, Carolyn Lucas, now the company's Associate Artistic Director. In 2009, the Trisha Brown Dance Company formalized the Trisha Brown Archives and hired Archive Director Cori Olinghouse, former company dancer (2002-2006), to oversee a team of personnel in cataloguing and preserving Trisha Brown’s oeuvre.

The audio recordings within the collection were primarily used as accompaniments during performances of Brown’s choreographies. Notable composers include John Cage, Alvin Curran, and Laurie Anderson, among others. Well over half of the audio recordings on analog or removable digital media are unique titles.

"Many choreographers record their finished work. Far fewer record their rehearsal process," explained Linda Murray, curator of the Library's Jerome Robbins Dance Division. "Equally, a consistent number of choreographers notate their process in some individualized manner. However, the step of recording rehearsals and performances, of textually and visually notating the creation of work and then creating a systematic link between the footage and the notebooks, is completely unique to Brown and provides a level of access to her creative process that is unprecedented. I am honored to add such a profound archive to our collection, and look forward to seeing all the work and research it inspires."

Barbara Dufty, Executive Director of the Trisha Brown Dance Company, said, “As the company celebrates its 50th anniversary this year, our partnership with The New York Public Library represents a major step towards securing Trisha's legacy for future generations. The placement of the Trisha Brown Archives with New York's premiere repository opens up the company's holdings to the dance community, scholars, and the broader public in a manner Trisha had always hoped for. She would be thrilled.”

Trisha Brown's "Man Walking Down the Side of a Building," 1970. Photo © Trisha Brown.

Trisha Brown (1936–2017), artistic director and choreographer, was born and raised in Aberdeen, WA. She graduated from Mills College in 1958, studied with Anna Halprin, and taught at Reed College in Portland before moving to New York City in 1961. Instantly immersed in what was to become the post-modern phenomenon of Judson Dance Theater, her movement investigations found the extraordinary in the everyday and challenged existing perceptions of what constituted performance. In 1970, Brown formed her company and made the groundbreaking work, Man Walking Down the Side of a Building, one of many site-specific works created in, around, and hovering over the streets and buildings of her SoHo neighborhood. Her first of many collaborations with Robert Rauschenberg, Glacial Decoy, premiered in 1979, followed by Set and Reset in 1983, with original music by Laurie Anderson. Over the course of her long career, Brown created nearly 100 dance works, including several operas. Also recognized as a visual artist, her drawings have been exhibited in group and solo exhibitions including Documenta 12 in Kassel, Germany; MoMA in New York; and Walker Art Center in Minneapolis.

Brown was the first woman choreographer to receive the MacArthur Foundation Fellowship (1991). Other honors included Brandeis University’s Creative Arts Medal in Dance (1982), two John Simon Guggenheim Fellowships (1975 & 1984), a New York State Governor’s Arts Award (1999), and the National Medal of Arts (2003). She was named a Chevalier dans l’Ordre des Arts et des Lettres by the government of France (1988), elevated to Officier (2000), and to Commandeur (2004). She served on the National Council on the Arts (1994 to 1997). Brown was honored with the prestigious Dorothy and Lillian Gish Prize (2011) for making an “outstanding contribution to the beauty of the world and to mankind’s enjoyment and understanding of life.” She was honored with the BOMB Magazine Award (2013), and received the Honors Award given by Dance/USA (2015).

The Jerome Robbins Dance Division has the collections of many of Brown's collaborators, as well as the archives of several of her influences. Fellow Judson founders whose collections are also held by the Dance Division include Deborah Hay, David Gordon, Sally Gross, Elaine Summers, Judith Dunn, and Meredith Monk. Also among the Division's holdings are the Grand Union Records 1972-1978, of which Brown was a member. Additionally, the various collections of Merce Cunningham are also in the Dance Division’s care. Taken together, these collections represent a significant portion of the essential voices in the postmodern American dance movement.

The Library will expedite processing of the Trisha Brown Archives once it fully resumes operations (its physical locations are currently temporarily closed to help mitigate the spread of COVID-19). Once processed, the collection will then be available to users in the Jerome Robbins Dance Division at The New York Public Library for the Performing Arts in Lincoln Center.