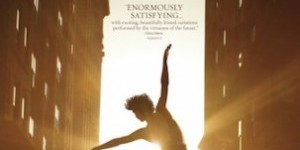 Ballet At The Movies: "First Position"

And... Dance at the Ball as a Guest at the Royal Wedding of Cinderella and Prince Charming!

This month The Dance Enthusiast  was lucky enough to dance up close to New York Theatre Ballet as the company rehearsed for everyone’s favorite ‘rags to riches’ story – “Cinderella.” Choreographed by Donald Mahler, NYTB’s “Cinderella” is unlike most other versions of the fairytale; for instance, Mahler’s vision for the live performance includes a dancing clock and wacky (instead of evil) stepsisters.

Throughout the rehearsal, it became increasingly apparent that Artistic Director Diana Byer possessed exceptional familiarity with her dancers’ personalities and plus points. She encouraged them to transform into their characters while playing on their personal strengths.

Two of the company’s principal dancers, Elena Zahlmann and Rie Ogura, will step into Cinderella’s glass slippers for the production. Interviews with Zahlmann and Steven Melendez, who plays Prince Charming, were eye-opening as to how artists in dance companies often grow up together.

“Cinderella's Ball” is a one-time event following March 2nd’s 3:30pm performance. Guests attending Cinderella and Prince Charming’s Royal wedding have the rare opportunity of interacting with the same characters they’d watched on stage.There will be ballroom lessons, arts and crafts, games and prizes, treats for the little ones, and wine for adults. Costumes are highly suggested!

Just for Fun: A Dance Enthusiast Minute with The Stepsisters