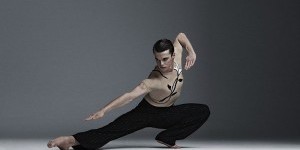 Conversations with the Artists Who Make Graham Happen

Join in the 70th Anniversary celebration of Appalachian Spring and the 30th of Graham's The Rite of Spring, as well as an opening night gala performance with special guests.

The Martha Graham Dance Company, America’s oldest modern dance company and certainly one of its most celebrated, is turning 88 this year, but you’d never know it. The dancers look spectacular, and the classic repertory of Martha Graham remains luminous alongside thrilling and stylistically distinctive contemporary works. There’s been no chance for dust to settle.

Particularly riveting is the new ballet, ECHO, by Greek choreographer Andonis Foniandakis. This loose limbed, high velocity ballet (the dancers call it dangerous) takes the love story of Echo and Narcissus and shatters it in brilliant choreographic abstraction.  You may recognize Echo, the wood nymph doomed to repeat only the last words of anything she hears, or Narcissus, the young man who falls in love with his reflection. You might see many Echos and Narcissuses, or none. Characterizations aren't important; it is the driving elastic motion of the dancers that keeps us at the edge of our chairs.

ECHO shares the program with a pared down (one-hour) version of Martha Graham’s, CLYTEMNESTRA, a ballet originally created as a three-hour dance play in 1958.  While the two dances share a Greek theme, they couldn’t possibly be more dissimilar. There are definitely distinct characters in CLYTEMNESTRA, most importantly, the murderous queen herself, played with delicious drama by golden Katherine Crockett, a 21 year veteran of the Graham company.

WHO IS CLYTEMNESTRA? KATHERINE CROCKETT EXPLAINS.

Where Foniandaki’s ECHO flows and flies, the hard prominent angles and edges in Graham’s ballet reveal a beautifully sculpted two-dimensional landscape.  Graham choreographed the movement to appear as the reliefs on ancient Greek vases, and it does. Clytemnestra is the only character whose dancing, by design, seems more full, spiraled, and passionate than the other mythological figures, but this is her story, and as Graham re-told Greek myth, the heroine she played was always the stand out.

Janet Eilber, former principal dancer with the Graham Company, and artistic director of the group since 2005, has a clear eye for details and a sensitivity not only to the repertory of Graham but also to the time and climate we live in.

Eilber has also “collected” a terrific company of dancers from all over the globe and it is her forward vision coupled with their immense talent and dedication to craft that makes 88 look so good on Graham.

The Rite of Spring