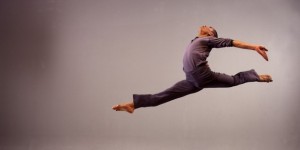 Artistic Director Carla Maxwell and her Labor of Love

When it comes to the dances of José Limón, we expect that the company that bears his name devotedly maintains and revives them over the years; that Juilliard dance programs occasionally include Limón revivals; and that productions of his classic The Moor's Pavane turn up in the repertory of quite a few companies (including American Ballet Theatre).

But the scope of the two-week José Limón International Dance Festival promises to be a real eye-opener. Six different programs will showcase the considerable number of far-flung companies and major university dance programs that find his work relevant and important. In addition to a wide range of American institutions that are represented, there are performances by companies from Denmark and Venezuela, and schools from Taipei, Canada and Mexico. (A planned revival of the long-out-of-repertory 1950 work The Exiles, which dancers from Munich's Bayerisches Staatsballett, scheduled as the centerpiece of the opening program, was sadly derailed by visa issues that prevented the dancers from coming here.)

The project, marking the 70th anniversary of the company's founding, has been lovingly and diligently planned and shaped by the tirelessly dedicated Carla Maxwell, who danced with the company for decades and has been its artistic director since 1978. “The idea of anniversary is to celebrate the Limón works. They were chosen for their variety and for the statements,” she said by phone just prior to the final week of intensive rehearsals for the ambitious season. While in recent decades the company has performed dances by co-founder Doris Humphrey, and has been expanding the repertory to include contemporary works (by Jiri Kylian, Suzanne Linke and others), for this occasion it was decided to concentrate on the troupe's namesake. “We talked a lot about how much we should or shouldn't do – the thought was to focus just on the Limón.”

Maxwell, who joined the company in 1965 (and is far too busy to take stock of her own 50th anniversary), knows his repertory from her years as performer, stager and director. One aspect she particularly admires is “the craft alone – we don't see that kind of craft anymore. What he does with pure movement is astounding. Every time I set or direct one of the works, I marvel at the spatial relationships alone, how he moves people through space. There's always a reason for it. If you just walk the spatial patterns of The Moor's Pavane, and use your focus, it would tell you the story – how people move, how they look at each other, where they go in space. And then you add all the gestures and the energy. But that's in all his dances. And his ensemble work --- I've never seen anyone move groups of people the way he does.”

The 14 Limón works to be performed represent a 30-year span – from his rigorous 1942 solo Chaconne to his final work, Carlota, which had its premiere a month before his death in 1972. “I was trying to look at the large ensemble and the more intimate pieces and find a balance. I wanted most of all to show the range of the kinds of dances that  he choreographed. Everyone knows Moor's Pavane; They don't know all these beautiful large ensemble works; they don't know the last four works.”

Carla Maxwell in the 1972 ballet created for her by José Limón,Carlota; Photo courtesty of Carla Maxwell

Those final four works – The Unsung and Dances for Isadora from 1971; Orfeo and Carlota from 1972 – were created as Limon was coping with intense pain, and have not been performed by the company for years. “He willed himself to make those last two pieces,” who recalls that the last time she saw Limón was at the premiere of Carlota.

She describes that work – one of several through the years in which Limón dealt with the history of his native Mexico – as “a play without words.” It's performed in silence. He made the title role – the wife of Maximilian, the Hapsburg Emperro of Mexico, who goes mad after he's executed by Mexican leader Benito Juarez – for Maxwell. Recalling her rehearsals with the ailing choreographer, she said, “He was crystal clear; he got up and demonstrated everything – especially Juarez. Our hair would stand on end!”

The Unsung, an all-male work which pays tribute to Native American chieftains, is also performed in silence. In recent years, it was taken into the repertory of the Royal Danish Ballet, and three of its men are joining Limón company members for these anniversary performances.

Another all-male work is The Traitor, from 1954. Last week, Clay Taliaferro, a longtime leading company member who danced many of Limón's own roles, was putting the cast of eight men through their paces. The Traitor alludes to Jesus, Judas and the disciples without identifying characters by names. The forceful, demanding movement is just one aspect of the work's challenges. As the men caught their breath after a run through, Taliaferro gave notes on the work's dramatic requirements. “By now you can let go of the steps,” he urged, asking them to run through the work again focusing on their characters and dramatic focus.

Taliaferro is one of several alumni who have made invaluable contributions in staging and rehearsing the season’s extensive repertory. Those who have returned to offer their insights and experience to today's Limón dancers include Jennifer Scanlon, Nina Watt, Laura Glenn and Risa Steinberg. Several of the participating school dance departments are led by alumni – such as Stephen Pier and Watt at the Hartt School.

But the overall planning, shaping and preparation of the festival, which should prompt intriguing re-evaluation of the Limón repertory, were Maxwell's responsibility. For her, the 50-year association with Limón's choreography has clearly been a labor of love. “What I feel so strongly – which is why I'm here, doing this –  is that we need this kind of work, because it reminds us of our humanity, or our spirituality. It's all about people, always. It invites us in.”