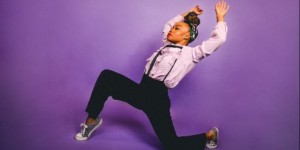 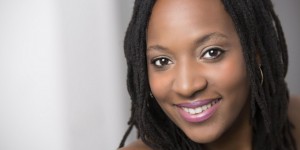 At first glance, the Merengue looks straightforward. Two people hold dance position — a set of hands clasped, the other arms wrapped in a half hug. The couple shifts weight onto a bent leg as their hips thrust emphatically in the opposite direction. Their timing is punchy and repetitive: One beat equals one step. Described as paseo with jaleo (walking with fuss), the Merengue is a joyous, celebratory dance.

While simple, the Merengue is not easy: not in its execution and not in its evolution. Today, it's the signature dance of the Dominican Republic, its birthplace, and has become popular around the world. Its origin, though, remains murky.

Merengue on US Postage Stamp. Photo via heritageinstitute.com

Since Columbus' arrival, the Caribbean has been in what scholar Yvonne Daniel calls "constant cultural collision." The Merengue was born when the intricate forms of French court dances integrated the divided torsos of African dance, and when traditional Spanish poetry flirted with sub-Saharan African polyrhythms.

Dancing the Merengue embodies this cultural collision. The upper body exhibits the European influence with its partnered embrace and poised shoulder line. The lower body manifests the African roots with its isolated pelvis and punctuated weight changes. When danced well, the effect is one of contrast: coolness and collection on top, piquancy and assertion on the bottom.

Myths compete to explain the distinctive hip thrust of the Merengue. In the first account, slaves were chained together on sugar beet plantations; out of necessity, they were forced to drag one leg to the sound of drums as they cut the beets. In the second, a hero or a general was injured during one of the revolutions in the Dominican Republic; when he returned home, a party was thrown in his honor, and out of empathy, everyone danced while dragging his or her leg.

Although the dance spread across the Caribbean, upper class people and those of European extraction rejected it due to its overt African appearance. Dominican dictator, Rafael Trujillo (in office from 1930-1961), aided in its popularity and acceptance. In his 1930 bid for the presidency, he shrewdly appropriated this aesthetic and then recast it as symbol of national identity. Although many variations of the dance existed, Trujillo selected the Merengue cibaeño to promote because it was from the whitest, richest region. The lyrics that accompanied these Merengues were based on traditional Spanish poetry unlike other variations of the Merengue, which featured politicized text. This version of Merengue quickly came to represent the esprit of the Dominican people.

The name Merengue, as you’ve probably guessed, stems from meringue. This could be because the dance resembles an eggbeater whipping up the frothy pie topping of sugar and egg whites or, perhaps, from the dance’s light, cheerful tone. Regardless of the explanation, the Merengue continues to grow in popularity due to its uncomplicated rhythms and jubilant nature. Newcomers struggle in the beginning, often bumping knees with their partners. Once the basics are down, everyone regardless of age or shape can enjoy the Merengue.