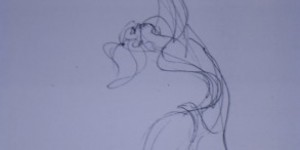 Dance Up Close to Parsons Dance

Parsons Dance - 30 Looks Good on You.

Presented as three different programs, the company’s season at The Joyce Theater mixes and matches riveting works such as Caught, The Envelope, Nascimento Novo, and the world premiere of The Introduction.

The Introduction sprung from Parson's desire to highlight each of the company members strengths and unique facilities. Eight solos are set to personalized scores by the established cellist and composer Rubin Kodheli.

A Sneak Peek - The Introduction

Lighter pieces such as The Envelope serve to raise laughs and evoke a sense of mystery. The ‘star’ of the show, an unopened envelope, is a piece of Parsons Dance’s history – the same envelope has been used as a prop since the dance was first conceived.

A Sneak Peek- The Envelope

Important Anniversary News: To celebrate 30 years, the company will expand its mission and give young American choreographers a chance to create new works for Parsons Dance across the country. The new GENERATION NOW DANCE PROJECT is David Parsons's project which aims to build opportunities for America’s next generation of dance-makers.

Celebrate the company’s 30th Anniversary at The Joyce Theater this month!